I am Ignotus - In dedication to Ignotus Peverell

It has been a few months now since our founder Ignotus Paverell handed over the project to the Grin council and community. I’m sure many of you remember this day as a day of sadness (myself included). Ignotus possessed two characteristic qualities that’s rare to come by:

Although he is no longer here, he has left within each one of us his most prized qualities. His spirit and belief. In essence we are all Ignotus. As a testament to Ignotus, members of this community have begun to sign off their posts with “I am Ignotus”. A befitting reminder to a person who has given us his absolute best.

Igno launched this coin, incubated it, and then dropped the identity. Now he’s just another one of us. Bruce Wayne hanging amongst the crowd.

Although, all of the players in this community have done really great job so far. It’s a group effort.

What members? This is silly. Igno is great but he isn’t dead.

I think this might have gone down better if you had simply stated what you were doing personally. 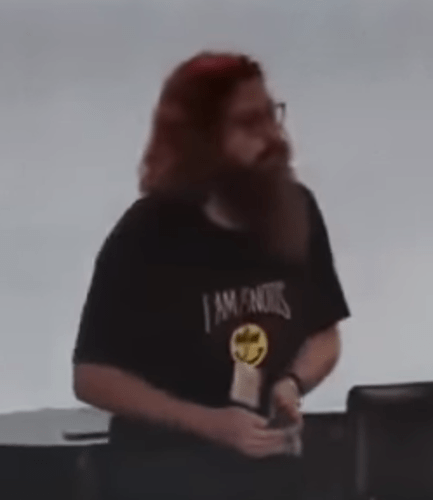 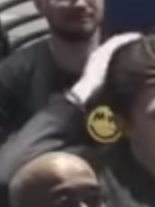 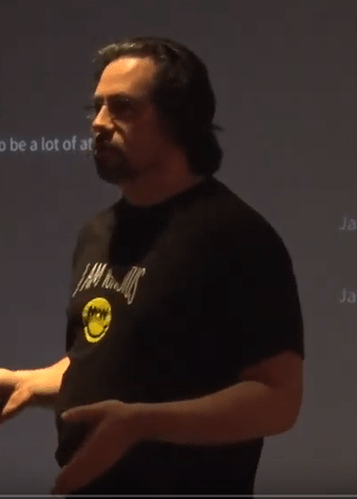 Where do I start. I have respect for both @antioch and @0xb100d but I don’t understand your gripes with this.

As some one that has signed off as I am Ignotus on a post before I feel your criticisms also fall on me.

I love that line and I would be proud if we could all say this or have it as a creed.

YES I KNOW THAT IGNO IS NOT DEAD.

I feel this is similar to the I am Spartacus reference. I did not think that reference would need to be explained.

The people that said I am Spartacus did so not because he was dead (in fact the opposite was known to be true) but did it to protect his identity and to stand up and show support for him and his vision.

Please don’t throw shade at people using this as a forum sign off when a T-shirt with the same words exist and has been worn by more than a few in the community.

Personal opinion - this would have been more effective if people had just started doing it rather than making some big announcement that people we now doing it (by the people doing it).

The original t-shirt was really effective because everyone simply wore it. It wasn’t really talked about.
Almost the exact opposite of this.

To be clear - I’m not throwing shade on using this a a signature. I’m commenting on the fact that nobody needs to make a big deal of it and announce what they are doing (and imply its a big organized effort by the wider community).

If we don’t start making a big deal about things no one will know what Grin is.

The best technology does not win. Only what is best communicated and used by the wider population. My Xbox 360 HD DVD drive is a daily reminder to me of this.

I 'm sorry I read your words as you throwing shade. I shall try and see your point of view. To me it feels like cognitive dissonance to think its OK to wear a slogan, but not to write it or be OK with people writing it. If we are part of a wider community then some of us will feel like talking and sharing things that others feel that is unnecessary.

Thank you for your reply…
In my opinion…

I believe that we are Ignotus

Igno launched this coin, incubated it, and then dropped the identity. Now he’s just another one of us. Bruce Wayne hanging amongst the crowd.

Although, all of the players in this community have done really great job so far. It’s a group effort.

What members? This is silly. Igno is great but he isn’t dead.

This is obvious and I fail to see where you’ve drawn the association that he was dead. Nonetheless, It’s already been perfectly addressed by the community. Thank you @Yawser

Personal opinion - this would have been more effective if people had just started doing it rather than making some big announcement that people we now doing it (by the people doing it).

I see where your coming from. To speak the truth, I got the idea from a post by @newtownf1 who signed off his post with “I am Igno”. So I can’t take credit for starting this. That ingenuity belongs to @newtownf1.

I don’t know what you mean “by the people doing it”. I posted this on my own. I don’t know more about @newtownf1, @Yawser & the other members seen in the photos apart from what they communicate on this forum. The only thing each of us displayed was common ground.

I’m commenting on the fact that nobody needs to make a big deal of it and announce what they are doing (and imply its a big organized effort by the wider community).

It’s only an idea on an uncategorized thread. It wasn’t categorized under announcements and doesn’t ask that people us the signature. It only confirms that some members of the community have been using it. I can’t see how a thread/post implies a “big organized effort by the wider community”. If anything, it’s a small and disorganized effort by what was at the time of posting a single member of the community

Apologies If this thread has offended anyone.

FAQ now contain a ‘Don’t sign your posts’ rule. As such this thread now runs against community guidelines. I have flagged this thread & request that moderators delete it. Will also inform those who might have been inspired to use the “I am Ignotus” signature to refrain from doing so.

Sounds like censorship. My post is the only post I have noticed out of 500 with pictures from outside. I took then from the the video of the Amsterdam meet up. I am saddened that a new rule to ban signatures now exists. It would be good to know who wrote these rules in the FAQ and when.

I took to heart the promises of community decentralisation and have been told explicitly that we do not need to ask for any permission to act.

I joined this forum in Apr. I have been a passive on the site. Now I have only started to be active this week and feel that there is a distinct lack of freedom of speech.

I cant see why anything here has prompted this reaction and a New section to the code of conduct.

My belief in the freedom of this community is dented.

@Swizz_beatz Sorry you go through this. I like youre thinking

The intent is honorable, but signatures don’t contribute to discussion, and they take up space. I support disallowing them.

Signatures are dated and take up space. Plus we’re all grin enthusiasts here we don’t need to show it off.

Don’t think of it as censorship as much as community disagreement that it’s a good idea. Enthusiasm is great but there are more productive places and ways to do it

David Burkett12:58
The content has been the same since long before your post: http://webcache.googleusercontent.com/search?q=cache:http://forum.grin.mw/guidelines
Nobody is trying to censor you. Your post is fine, and I’m sure nobody thinks it’s in violation of any ToS or anything

The rule referred to has nothing to do with recent posts or censorship. It’s asking people to not sign their own posts with their username, as it is redundant - readers are already able to tell who the sender of the post is.

That would not add much to the conversation. There’s no need to do that.

“Every single member in Grin community is Ignotus.”
I think it’s his intention.

This doesn’t mean GRIN will pop like BTC or other coins which some the origin creator off retired. The key is, whether the community effort ability to further it with legacy intention. Cheer.

Totally agree with you buddy