Some miners maybe hear about Grin cuckAToo 31+ upgrade plan before，But I think most of you do not know the details and concern about your mining rewards or which algorithm should you switch. So I decide to let you know more about C32.

What’s the difference between C31 and C32?

C31 and C32 are both Asic friendly Algorithm, but according to cuckAToo 31+ upgrade plan, grin C31 started fading out on 15th Jan (Height 524160) and will be obsoleted on the 31st week (Estimated on 11th, Aug 2020), at last totally replace by C32. Miners may have a question about when we should switch. At present we have launched Grin C32 Pool and developed a calculator to estimate the switching time. [Click here to see]

Including but not limited to the GPUs in the chart below. (Data come from lolMiner Dev) 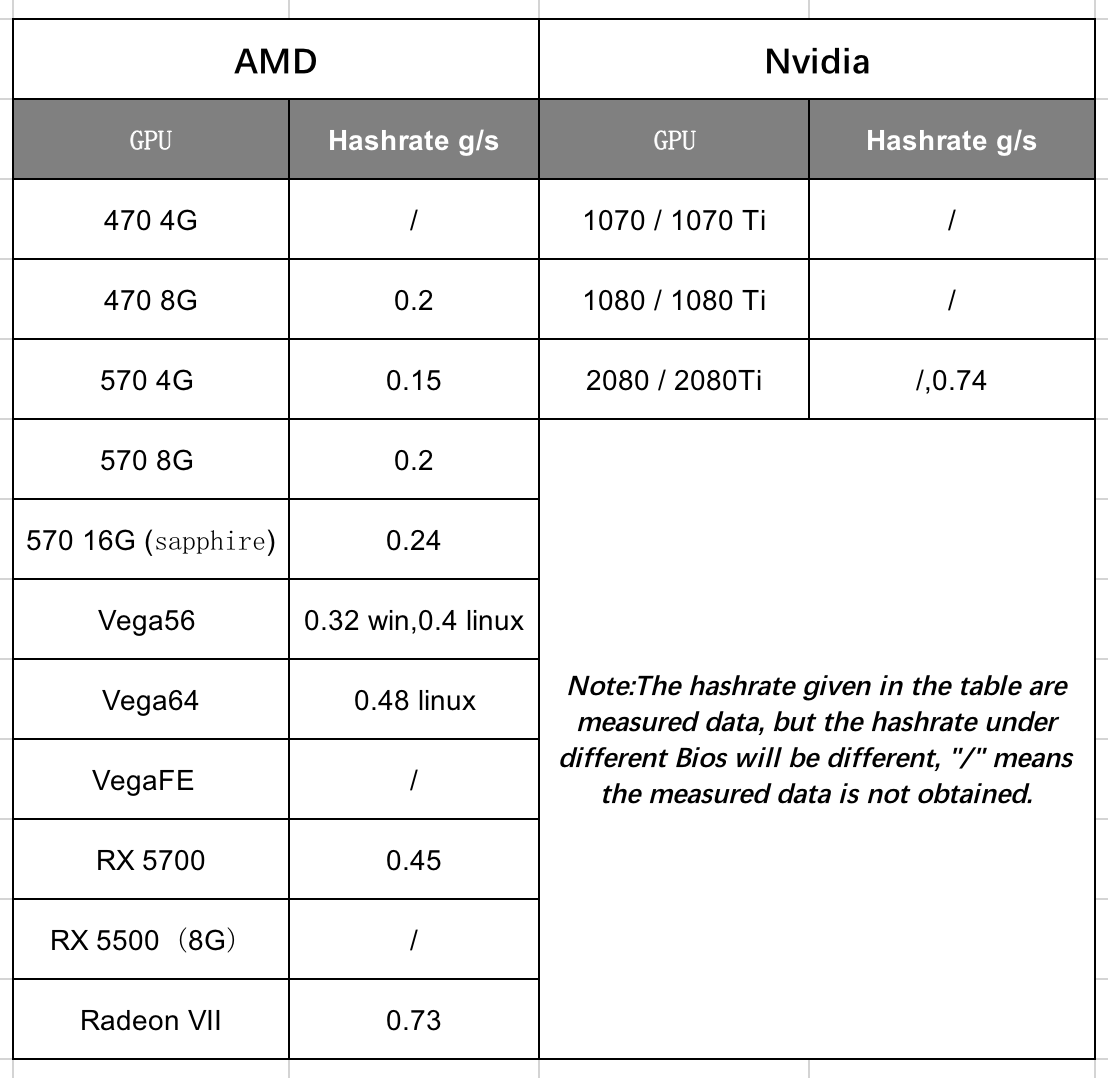 Currently, most GPUs have more profit on C31 than C32, but as the ratio of C31/C32 gradually decreases, the mining income of C32 goes up and eventually surpasses C31.

Now the 16GB cards already have a higher profit on C32. On 8G cards, I would expect the switching time at the end of March or early April, but all based on the current miner speeds.

When does the C31/C32 ratio decrease exactly? Every week? At every block?

Every week. At every multiple of WEEK_HEIGHT to be precise.

Yep, email as your wallet address. And the format is mail/rigid to set your worker name. It usually takes 10 minutes to have your data shown on page