Hi all! A while ago I realized that we are creating a very novel and complex technology, at the same time it is difficult to manage our knowledge base. People who have in-depth understanding of Mimblewimble as well as current implementations of the protocol have limited time resources and we should find a way to transfer this knowledge in a more scalable way.

I have briefly suggested to create some sort of Q/A solution in this post and also here. Now, under influence of a moment of inspiration I decided to create a proposal on StackExchange for our community.

If you think its a good idea and you support it, it would be very helpful if you could join there and help us get a beta!

We are getting there! Please continue joining this proposal, we really need some form of questions/answers platform. I myself have so many questions for my Python implementation of MW and I can’t bother core dev’s with every single one of them!

Just to motivate you more, take a look at some other crypto-related projects that already have their stacks defined in Area51

If they could do it, we certainly can manage it as well! Please continue following, we need 52 more followers and 40 more questions with score of 10 or more. We can do it guys!

I think it’s a great idea. The forum is good but a tech QA focused place is needed IMO. I suggested creating a Grin tech focused telegram group before but that would mean good questions get lost in the feed. Something like this would allow us to organise the nitty-gritty questions/discussions.

Bumping up. We have thousands of people in the community and yet only 12 decided to provide their votes for this proposal so I am once again asking for your support.

This is what we need to kick start the independent development community around GRIN. If you don’t want literally all the work be on the Core Team shoulder and you want contributors, follow this proposal and propose some questions. We need it!

Proposed Q&A site for enthusiasts of ツ GRIN implementation of Mimblewimble protocol. Regarding its theoretical, technical and economical aspects.

Proposed Q&A site for enthusiasts of ツ GRIN implementation of Mimblewimble protocol. Regarding its theoretical, technical and economical aspects.

never give up Rocky Renzo

never give up Rocky Renzo

Doing what I can bro, just don’t want to spam too often about it to not piss people off…

This is why stackexchange is great. Not sure if we have enough people today to get this thing rolling, but it would be good to get one for Grin eventually.

I know, right? I’m really surprised we struggle with something so simple as gathering bunch of people to just click “follow”. Especially given that we are famous for having a great community of people who support the MW idea. I think most people just don’t realize how helpful such StackExchange could be for developers and contributors.

My take on all this is:
There might be no community. There might have been a community at some point in the past, but all thats left are a few die hard enthusiasts and a few that financially benefit from Grin in some way or the other (which of course also might be grin enthusiasts at the same time) , which apparently all together are less than 40 people.

The other day i read about the mimblewimble-progress on litecoin. Not only is it built by Burkett, whom i haven’t seen here in months, but then i read about Kurt finding a critical bug in the MW Codebase of Litecoin. Kurt used to be here. Then he vanished. I realized now he didn’t vanish at all, he is not just here anymore. So if almost no one is here anymore, it should be no surpise, that almost no one subscribes to the StackExchange Project you are trying to set up.

In the past few months i came to realize that the whole crypto-space is a giant bubble fueled by unbacked tether printing. Even Litecoin became scammy when the Litecoin Foundation retweetet the Fake-Walmart-News to pump the price.

Frankly, I’ve never seen a group that gives as little of a damn about anything as Grin miners. They know that pool concentration is super bad (even for themselves), but they still do it, you could not bring them to mine on Grinmint even if their lives depended on it. It is hillarious and sad at the same time.

Grin might be just like the fellowship on its way to mount doom to destroy the ring of central banks. In the end, the Fellowship was quite disjointed and Frodo was almost alone in Mordor.

We should just rename Grin to “Frodo Coin” and call it a day.

The community does appear to be small, especially those that actually understand the tech, but I do see it as a better situation than half a year ago. We at least have some development and split funds now. And most importantly, it’s significantly better than a year ago because there’s no more unneeded drama that killed the mood for everyone. I prefer this than the constant bickering we had back then even if it was more active. That period was energy draining to anyone involved in the situations that escalated for the most ridiculous reasons and were perhaps a reason that made some people leave and slow down the progress.

Lesson learned, we have to move on and rebuild the devs and the community. The tech has not changed and has the same potential as before. I think the most important thing is to get people excited about Grin again, especially providing users with the option to buy Grin on some popular exchanges. And Grin has all the same qualities it had when it was born. Most people just don’t understand them because most of the resources require technical background to understand it. This is something the community can work on.

Not only is it built by Burkett, whom i haven’t seen here in months, but then i read about Kurt finding a critical bug in the MW Codebase of Litecoin. Kurt used to be here.

In their defense, Both David and Kurt respond to me when I have MW questions.

Grin might be just like the fellowship on its way to mount doom to destroy the ring of central banks. In the end, the Fellowship was quite disjointed and Frodo was almost alone in Mordor.

We should just rename Grin to “Frodo Coin” and call it a day.

I’m more of a Dune fan than LOTR, for me ツ is spice coin

especially those that actually understand the tech

That is exactly what I’m attempting to fix with this QA, I want there to be a proper way to learn MW. Place where questions are asked, answered and then it does not get lost in pile of messages but gets properly tagged and is searchable.

We got 27 awesome people there which is great but we need more to get a beta!

Did you spamm Telegram am Discord @renzokuken
I mean not only via grinvention but in generall. Maybe use a default meme like ‘we need you’ from the US army, search ‘uncle sam pointing finger we need you’.

To others who have mad social media skills, please help out here. Maybe @Neo can help?

Totally forgot about Discord… Thanks for the reminder! Just posted.

If you guys want to help me test it, there are 25 lottery tickets. Prize is 5 GRIN. Only members who joined the GRIN QA proposal are eligible to claim the prize. GRIN block hash is used as seed source for shuffling. Block number will be announced at least 24 hours (1440 blocks) after last ticket is claimed.

I also give away some NFTs from my own Anteaters Corp. collection. Spread the word! 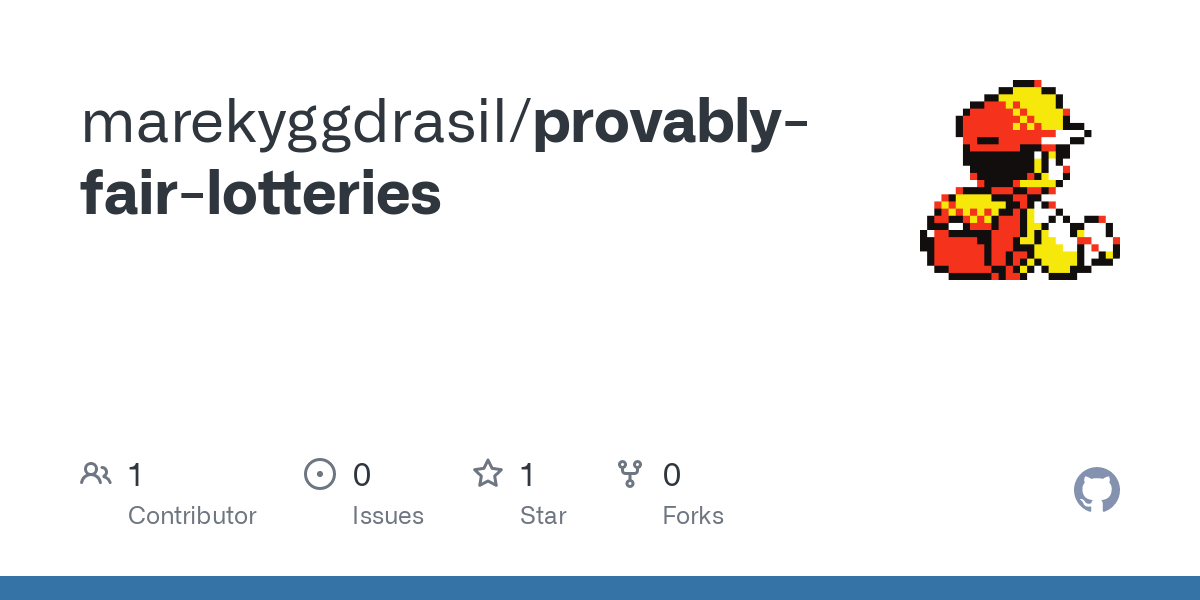 Contribute to marekyggdrasil/provably-fair-lotteries development by creating an account on GitHub.

We have some growth! 41 followers!

the lottery is just a test run, but if that works well we will make a bigger one with bigger prize and maybe we could have our own QA platform before 2022 starts!

Please join Telegram: Contact @grinventors group and claim your lottery ticket by running /ticket command. The winner will be challenged - only people who have joined QA proposal before lottery ended will be able to claim the prize.