Yeah, it’s an Easygrin series product, but no dependency of Easygrin Wallet. It’s friendly to Chinese miners which helps to decentralize hash powerm

What do you mean with friendly? Would you mind to provide a mini short tutorial on how to use it, and withdraw, please? Thanks.

Thank you for launching a new pool with Chinese language/support! This is great news.

Will you be supporting “memo” withdrawal to gate.io or only slatepack?

As for friendly, I mean first the UI text is written with native Chinese ( support English as well) , second the UI is simple and intuitive. I think good product explains itself and no tutorial needed, just access https://pool.easygrin.org , follow the instruction on screen and you are good to go. However I put some screenshots here for you to know it’s feature quickly. 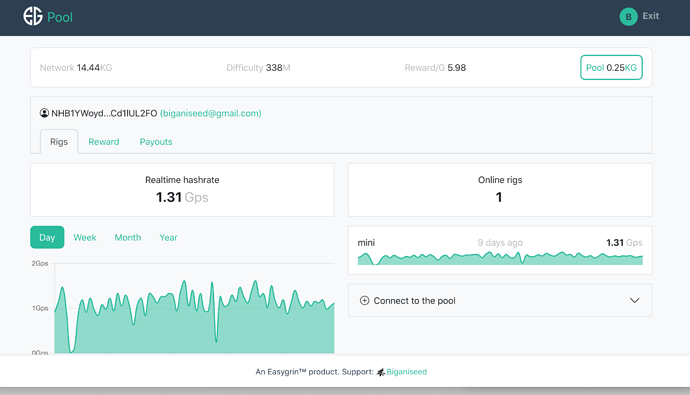 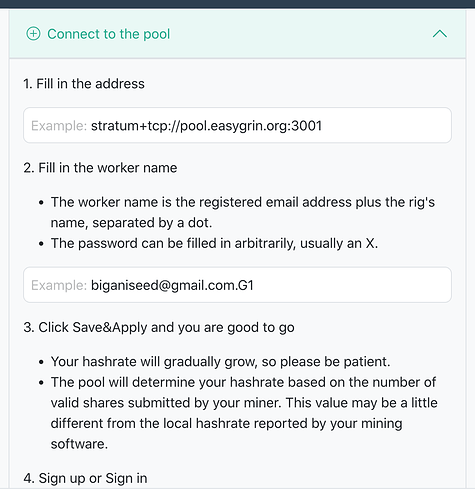 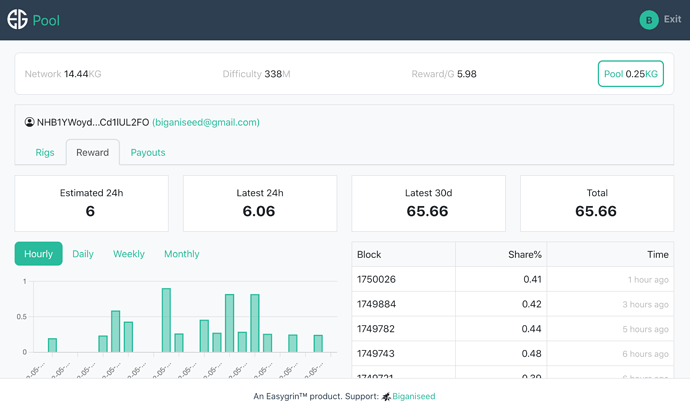 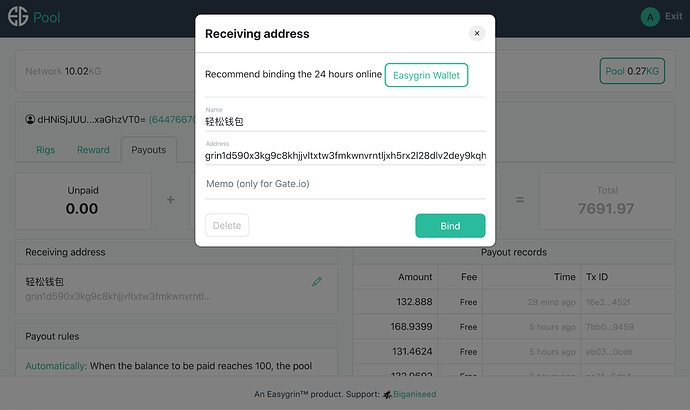 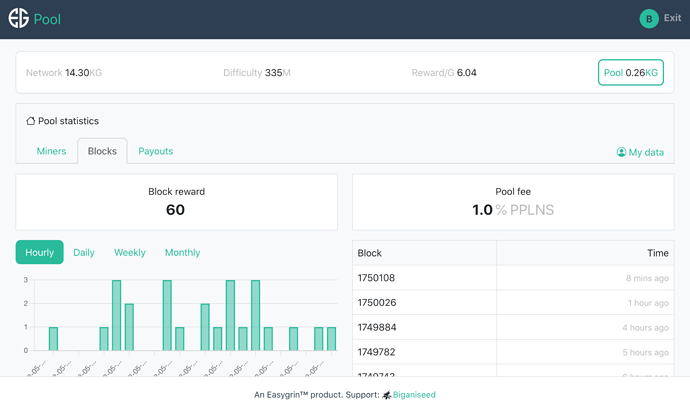 Thank you. The pool payout method supports “memo”, you can transfer your mining reward to gate.io directly and automatically. If you bind your Easygrin Wallet address to your pool account, you can transfer money to local wallet by all ways including slatepack.

Check the screenshots above you can see what I said.

Nice. Hopefully gate will switch to slatepack eventually but until then memo support is key for decentralization.

what is the memo for?

The memo is an option for transfer money to centralized wallet, currently it’s right for exchange Gate.io, because they have only one Tor address to receive Grin, and use memo to distinguish user accounts. Memo actually is a number added to transfer amount as scale. e.g. I wish to transfer 100 Grin to Gate.io and my memo assigned by Gate.io is 12345678, then the pool transfers 100.12345678 to gate.io address actually. Therefor Gate.io knows the money is for my account.

Well, you know that is the wrong way to do it, correct? I think you are aware of that… but this is open source, right?

We all know it’s not ideal but it’s gate.io that is doing it. Until gate.io changes, some miners will desire the feature and it is better if more pools support it.

I’m wondering about what do you mean “the wrong way”. It’s an option, if you don’t need to transfer to gate.io, just ignore the memo. But if you need to, it’s a must. After all, it’s a pool instead of a general wallet.
As for open source, I’m planning to open source the stratum proxy component in some time. and for the pool management backend, is it necessary?

I’m happy to see another pool, don’t get me wrong, that’s awesome. That being said… the memo seems convenient but is not defined in any RFC. That is not how it should work, I know why Gate did it, but I must say, that was a very stupid technical decision, out of the set of “solutions” to link the balance to the user, that was probably the worst, I can’t think of a worse option.

The wallets are not made to support that. I’m more than tired of users going to the Grin++ support group asking for support, 100% of the cases “the problem” is on Gate’s side. I don’t care if it is convenient or not, implementations must follow what is generally defined and respect what was agreed before. This is causing a lot of confusion, thus hurting Grin.

By adding “support” to the memo, there is now less incentive to do things properly.

I got your point David. I agree the memo solution is stupid, it not only doesn’t follow the definition, but also causes many transferation chaos when people input the wrong number accidentally. I hate it from the begining.
But the thing is tricky. This stupid exchange has a de facto monopoly. If my pool doesn’t support memo, then miners would rather keep mining in another pool supporting it . That may be a major reason why another pool owns over 50% network power for long time although there are many pools around world that looks better than it.

How to break the loop ? That is a question.

The route I envisioned is the following: