3 Reasons Why BEAM is Winning 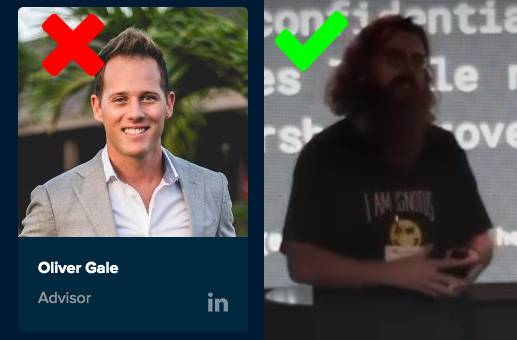 So we should shave then?

he reason why beam is wining is serious logo.
Don’t get me wrong, but in marketing there is a law: You Are Judged by Your Appearance. Can you imagine a successful salesman who sell grin to serious investors?

There are those who do not judge by the cover, but by the content, but unfortunately there are not many of them, and therefore you are right. If people deepened, were interested, everything would be different, but for now, who is more beautiful, I weigh)

And get Lehnberg a nice expensive suit.

I absolutely agree, marketing and logo for Grin is garbage.

The logo looks probably too overwhelming for the long term or the average Joe.
the logo doesn’t transpire peace of mind in it, which can be problematic.
I wouldn’t put grin logo on the wall of a kid’s bedroom, as he may do nightmares because of it.

That being said, I think we are not far from having the right balance. I ve seen a few tries that I liked better.
Satoshi did the first bitcoin logo (the BC logo), and it was changed later

In an online digital world where the simplest way to express yourself is by sending an “emoji”, Grin’s logo is perfect.

It’s the most hipster logo in Crypto

Tend to agree. It smacks of something a bunch of ideological college students came up with for a laugh and it is kinda likeable in that way, but not for a serious, ambitious project that has as its goal to globally replace money. Whether you like it or not, perception is important for socializing adoption of things - if it wasn’t the global advertising industry would not be worth USD 0.5 trillion. Who remembers the GRIDPad tablet from 1989? A tablet computer called the iPad created by marketing genius S. Jobs has had slightly more impact…

Who would have thought the most popular company in the world would be called “Apple” and would literally have an Apple as their logo. How silly is that? An apple? come on, that’s totally unprofessional. They must be taking the piss. No one is seriously going to buy their tech product are they?

it’s not a problem of Grin logo is a smiley face.

it’s a problem of what kind of emotion that smiley face is transmitting.

For now it is super cheeky and provoking, and definitely neither neutral or appeasing.

when you look at bitcoin logo, the “money eyes”, dring dring, illuminate immediately (casino association, dollars association, whatever, it goes straight to it, and doesn’t care of the rest of the world). this a feature, not a bug

when you look at grin logo, it’s more underground and emotions from the logo are less simple, or easing, as I see (feel) them. it’s a combination of the MW eyes with the mysterious smile.

we can chose to fix that while keeping a smiley face.

in one word, I would think that the current logo is a bit too invasive

Look at amazon’s logo, it also has smiley. Maybe we should a little change our logo

Precisely. Because it’s not about what the logo is, it’s about what it conveys. An apple has lots of positive associations - wholesome, healthy, source of nourishment, natural, green, timeless, ubiquitous, begins with ‘A’, helped uncover gravity(!) etc etc

Precisely. Because it’s not about what the logo is , it’s about what it conveys . An apple has lots of positive associations - wholesome, healthy, source of nourishment, natural, green, timeless, ubiquitous, begins with ‘A’, helped uncover gravity(!) etc etc

Yes, this is marketing, but not only perception is important, it is also important how beautiful the picture is and how much it attracts. She must give the first association. It must be positive. But it’s hard to say about the Android icon, although it is far from the last in the market. Maybe something else means?

That’s who we’re trying to attract: Request For Funding, @JRandomCryptographer - #6 by jaspervdm

A grin has lots of positive associations aswell. So does a banana.

I freaking love the logo. Maybe because I was into acid house music. 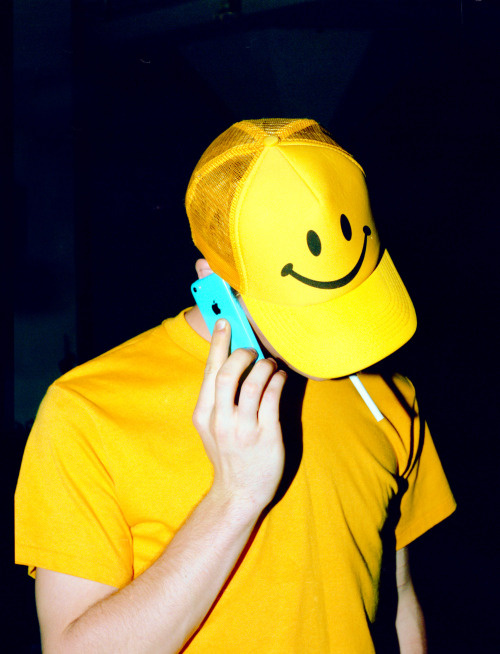 … funny… but we’re talking about adoption by users, not adoption by academics. If the project is only trying to attract graduate student cryptographers it will remain a very rarefied entity indeed, given the expected size of such a target group.

By far most important goal is attracting academics, mathematicians cryptographers. Nothing else even comes close. Grin was designed to give us DECADES before we have to worry about adoption, decades to work on the cryptography and make it ready. Grin is far from ready for the mainstream. Years and years and years.