Seeing the new Bitcoin emoji the other day, I thought about ツ again. Months ago, someone posted on the forum suggesting it as Grin’s brand. I instantly loved it. It’s easy to imagine it on a sticker in a store window, next to the VISA and Mastercard stickers. It’s warm, inviting, and unpretentious.

It’s also extremely simple. The symbol embodies the elegant simplicity that first attracted me to the Grin concept. Any time I listen to a developer interview and hear your personal stories, there’s usually something along those lines as well. The community seems to be united around the possibility of an extremely minimalist design.

In my humble opinion, the current branding does not embody Grin. If Grin’s goal is to become so lightweight that it doesn’t have a blockchain anymore, isn’t it ridiculous that the logo is a noisy hodgepodge of occult references?

The more time I spend on the forum and learn about Grin, the noisiness of the image bothers me. I am excited about Grin because you are making breakthroughs in radical simplicity. I don’t think the current image conveys that.

Grin has an opportunity that no crypto-currency has ever had or probably ever will again, the ability to appropriate a simple emoticon that unites its name and philosophy. ツ already exists. It’s a symbol that could become synonymous with Grin if the community took it and ran with it.

Grin isn’t just another crypto-currency in my mind. It needs a symbol that demonstrates its uniqueness. I motion that the community move to an alternative branding. While I’m not a developer, I am passionate about this project and believe that there are plenty of people like me.

Branding matters. I think an effective branding would go a long way to separating Grin from the pack and establishing its long-term potential. 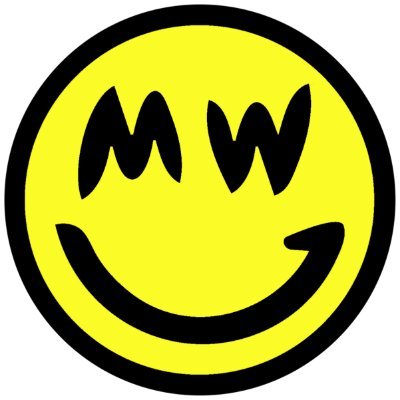 CURRENCY SYMBOL: After much discussion we ran a non-binding poll on the forum and the top choices were close. @0xb100d is personally looking for a second opinion. Which symbol do you like best? Leave a comment if you prefer another option from https://t.co/4fd7Het7lK RT #bikeshed 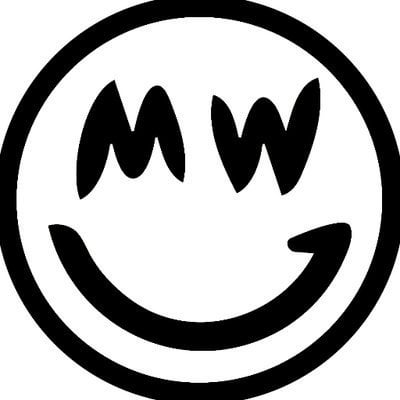 ツ synthesizes the name, philosophy, and design of Grin

If Grin achieves its goals, the joker logo will be noisier than the blockchain

I can go either way on this. To me, the technology is more important, and either branding can be a winner.

to the debt based central banking system, amplified as Grin climbs the top 10 market cap. It’s easy to remember, recognize and draw/implement. ㋡

I like the ツ, but I’d like to add that “grin” as a search term alone leads to mostly non-crypto-related results on DDG or Google, since that word already has one or more other meanings. I find it a bit unfortunate that the ticker symbol is GRIN as well. Other cryptos can be found by just searching for the ticker symbol, such as XMR for example.
Grin can be found by searching grin crypto for example, but being able to look it up by just typing a short symbol would be a nice touch. ツ can be searched too, but it is harder to type for most users.

Just checking how it might look in a logo.

How about GXN as an alternative ticker symbol?
Three letters and more unique than GRIN, which has multiple established meanings. This could help with discoverability and search engine rankings.

One of the Grin mojo is to be minimalistic, and probably straightforward by extension at some degree. I think that was essentially the reason why the current ticker was chosen (there was a vote for this purpose).

While people may have to append a word to grin while on search engine (such as “coin”, “crypto”), changing ticker may be a bit late now.

All true, but it is a bit of a pitty that the name will always have to compete with other usages of the same word. If you search for grin emoji, you’ll find this:

. There is quite some ambiguity to overcome. Not impossible, but it just makes things a tiny little bit harder overall.

Google “Apple” for example.
In the first page I am not seeing any description or mention of the fruit

Long way to go though

Check their first logo in that context:

Newton sitting under an apple tree.

That just shows me that nobody should be afraid to change branding for the better.

proof it is not necessary to succeed at first try

And what OP mentions makes sense I like the idea personally

Interstingly the first Bitcoin logo was designed by Satoshi: the “BC” logo I still think we should be using a G.

Grin could one day have its own currency symbol; I don’t see using the Japanese character will get us there.

Good point. Once a hijacked symbol is adopted, it is hard to disassociate that again and there is no pressure to introduce a new symbol if there is already one in place.

Using the “G” would be like Apple using an “A” instead of an apple.

Bitcoin didn’t get its own symbol until recently because Bitcoin wasn’t a “thing” before Bitcoin.

Smiling is one of the only universal body languages in our entire species. I can’t think of something that synthesizes the name and philosophy of Grin (timelessness, equality for all users, simplicity, […]—do we all agree on this much?) better than a three-stroke emoticon that is universally understood. You don’t even have to know how to read!

“M”, “G”, “W”… these are not universal characters. The current symbol means less in China than it does in the Western world.

I believe it should be as simple as artistically possible, whatever the grin is. No strong feelings there. I just don’t think the current logo conveys the right message.

EDIT: ツ isn’t a Japanese symbol in essence, only origin. A smiley face with a “M” and “W” as eyes is irreducibly Western. Those characters won’t automatically translate. Neither will the “G.” Just another noisy signifier.

To put it another way, “grin” originated from Harry Potter lore, so it’s meaning and brand isn’t restricted but rather loosely coupled with various concepts (including a smile). Besides, the G incorporates a smile in its design intentionally (see this post Currency Symbol [ ɠ / ꞡ / ǥ / other ] #BS - #60 by shush)

I’m worried that languages would start to pronounce “grin” in their native tongue (e.g. “mueca” in Spanish). Where as “bitcoin” remains “bitcoin” in other languages; also “dollar” remains relatively the same among language interpretations. So there’s that.

The inspiration for Apple’s apple is all but lost to time. It doesn’t matter. All that remains is the symbol. Apple is its apple.

Grin began as a reference to Harry Potter but now is nothing more than a grin.