Is it just me or does the TBD site look similar to Grin?

Apart from the yellow logo and the similar tabs and web design. This stood out for me:

Electronic transactions for all.
Without censorship or restrictions.
Designed for the decades to come, not just for tomorrow. To be used by anyone, anywhere.

“Decentralized and trustless systems create a world that empowers individuals: one’s right to engage in financial services and economic transactions is neither gated on proving creditworthiness and the ability to pay account fees, nor subject to censorship.”

The website aims for some retro-chick with yellow tint.
Another retro-like crypto website that comes to mind is this one: Curve.fi

However, i don’t see any similarities between the two text-snippets you picked. The only words that are shared by both are “censorship” "and “transactions”.

Comparing them i noticed how one is full of crap, while the other is not.

“and trustless systems”
What about trust in the developers who develop these “trustless systems”? How can you be sure some software-component you are supposed to use to interact with the plattform does not siphon all your funds away? Which libraries are the the Devs using to achieve their goals? They must trust these libraries to not contain malicious code, no? Trustless Systems are an illusion.

“create a world that empowers individuals”
Empowerment comes from education, not money. Well, money gives you power over other people to make them do what you want (disgusting example here), but i’m not sure they were aiming for this kind of “empowerment”…on second thought: Maybe they were.

“one’s right to engage in financial services and economic transactions is neither gated on proving creditworthiness and the ability to pay account fees” Ugh, congratulations to that, i guess.

The Grin website is more concise, TBD states the definition of restriction.

I think its a lot more than just a retro look. They even used the same tabs, I think thats what you call them. Other parts, they even have two tabs with one saying get started. They also use the same code of conduct as Grin. I know its a open use code, but I have not seen any other project in “crypto” use it apart from Grin and TBD. 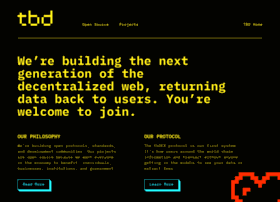 I dont agree that TBD is full of crap. To be honest, it showed my a new internet is possible. They want to use decentralized identity to let you own and control access to your own data. I dont know much about the early internet, but it sort sounds like it. I personally find what they and others are trying to do with decentralized identity fascinating, so much so, I started to learn to code. With systems like Bitcoin (not sure if you can build the same with Grin because of the privacy, I dont know enough to say either way) you can build decentralized identity, which you can then use to build new platforms where you own the data you produce instead of facebook or twitter.

You should check out their other sites, maybe i’m wrong, maybe it wont be them who will build the standards as I see Tether is also trying to do something similar.

Anyway, i dont know much about these things, but I can tell you one thing, I know when there is something with huge potential even though I dont really understand the details of it, and this is one of those things. 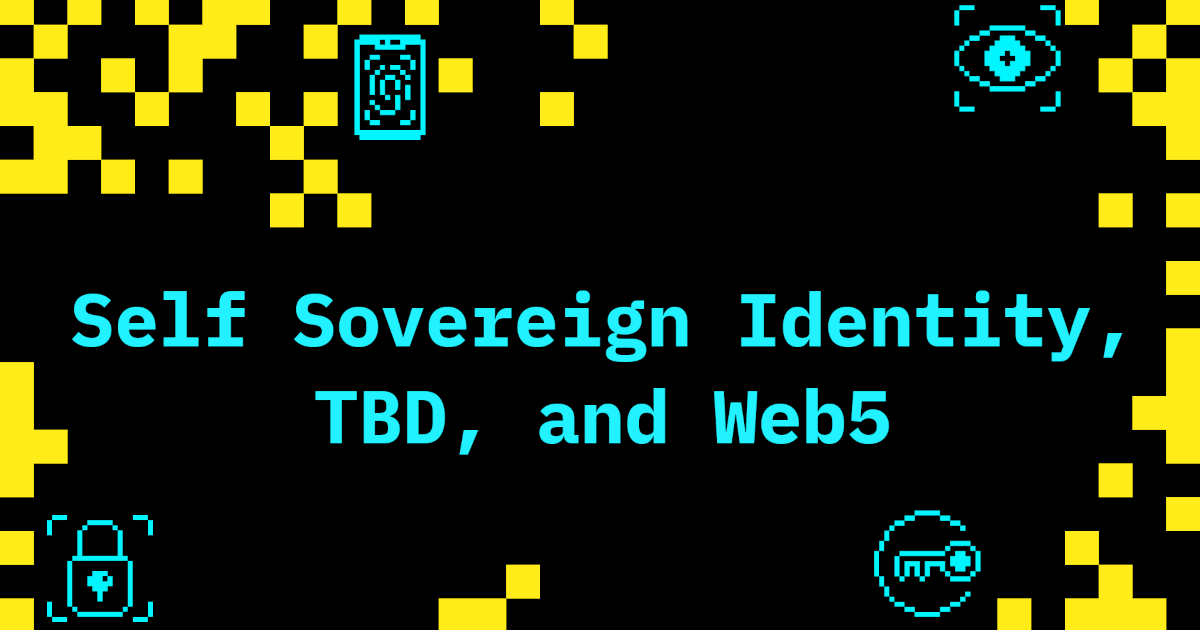 Self Sovereign Identity, TBD, and Web5

It would be more interesting to build a similar system using Grin!

To be honest, it showed my a new internet is possible

There’s just a tiny little detail these projects love to gloss over: Their “new internet” relies completely on the existing internet-infrastructure, thus its literally old wine in new bottles.

So what does the supposed “web3” add to this vision? The cryptocurrency web3 starts with all our existing infrastructure. So I still need a DNS name, I still need a server, I still need storage, and I still have a distributed computation occurring between the browser and the server. So already I haven’t removed any of the gatekeepers from the conventional distributed system, showing the claims of gatekeeper-free decentralization are false.

Is it possible though?

I think you are mixing up web5 with web3.

TBD from what I have seen, likes to troll web3 and also think they are crooks. Also, TBD does not have any token.

Its new to me, when all you have known is big tech. I think they want to go back to the early days of the net where you control your data.

Something is being built, what it is, I dont fully get it. But something big is being born/re born, I dont know. Something is there, but its not web3. 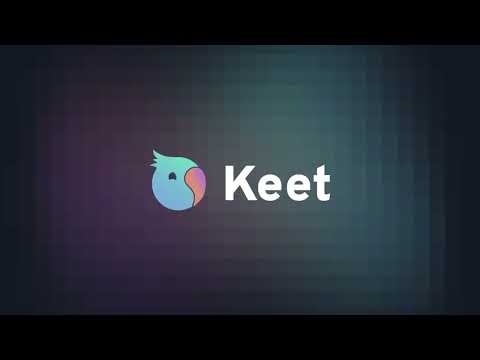 I don’t know if or how likely this is, as I’m not a techie. But since GRIN has better privacy than BTC and it’s easy to run a Grin full node wallet from a regular phone, Grin would have more advantages if it were possible.

First step to wallet based authentication and digital identities:

Initial draft of the auth-slates proposal

Note, most project imply you need a blockchain for a digital ID or SSI, for 80% of the functionality you just need a wallet.

Wow, this is going to be a revolutionary step once the work is done, it’s really awesome!

Core developer Jolts had an idea a long time ago called grinternet.
https://keybase.pub/joltz/research/GRINTERNET.txt

I think they want to go back to the early days of the net where you control your data.

I assure you, they do not. Big tech (don’t fool yourself, TBD is big tech) makes money off of data. Literally the entire industry is built on control of data. Huge companies with no physical assets, minimally providing “services”, worth billions of dollars for the data they control.

This is the information age. Data is the new oil. Big tech no sooner wants you to control your data, than Shell/BP wants you to drill your own oil, or than the central banks want you to print your own money.

I dont see how they can try to make money off data when they wont have control over the data, unless im missing something. Also everything will be open source. I think they plan to make money the way Red hat did( I dont how they made money

The Decentralized Web Platform Web5: A new evolution of the Web that enables decentralized apps and protocols. LET’S GO &gt;

I don’t want to digress into a full breakdown of TBDs business model; I can’t pretend to know those details anyways. Everything they describe hinges on DID, and every DID proposal I’ve heard thus far involves at least some degree of trusted data authorities. Maybe TBD has a solution to this, but I’m not holding my breath.

Anyways, just look at incentives: Data is money. Businesses need money. Thus I don’t expect a business to hand me control of my data. Companies like RedHat and Canonical are good examples, but they are the exception, not the norm. I hope TBD proves me wrong, but again I’m not holding my breath

I get what you are saying, i’m sure they want to make some money somehow, and to be honest, i’m more interested in the ideas behind their work, its the first time i’ve come across it in such a detailed way and it really struck me as the way the internet should be.

What I find staggering is the fact that the internet can be done in a new/older way thats more private, where you have more control but not enough people are working on it, and 1000s of developers are working on things like ethereum, tezos,… Its just weird.