Flare Wallet - Simple to use wallet with Grin support

Flare Wallet has released support for Grin with Grinbox, Hedwig, and http(s) receive/send support which can communicate with any Grin wallet or exchange service.

How to use Grin within Flare:

Flare: How to Use the Grin Wallet - Flare Wallet

A Mimblewimble blockchain is different from traditional cryptocurrencies. Learn how to Send and Receive Grin within Flare.

A big thanks to the Vault713 developers, and Niffler developers for developing Wallet713/Grinbox and Hedwig V1 Relay Service respectively.

I noticed your partners Changelly and ChangeNow, any plans on wallet/exchange integration? It would be neat to be able to swap ₿ for grin in a wallet program, and vice versa grin for ₿.

Your wallet is beautiful. Thanks for adding Hedwig and Grinbox support as well.

I would love to do that. Unfortunately, that is out of my hands until Changelly or ChangeNOW enable Grin from their end, but I will of course throw up the question.

Once either party (or any swapping service) enables Grin, I will get it into Flare as soon as possible.

Do you run your own Hedwig relay, or use the same relay service that Niffler uses?

Flare is using Niffler’s since Hedwig is not fully open source yet. Once it is, I will spin one up for Flare. But I think before that happens, Tor addressing may come so Hedwig may not be needed.

Flare is not open sourced at the moment. Hopefully in the near future.

What are the hurdles and timeline to reaching open source? We’d like to showcase Flare wallet on an episode of One Minute Crypto when it becomes open source. Thanks!

Mostly security around growing API services (coin swaps etc); however, I don’t have an exact timeline for it since we have a lot of other developments in the pipeline at the moment.

Thanks for being interested in Flare, community feedback is highly valued 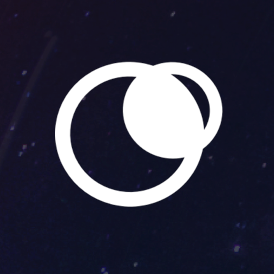 #flarewallet update 1.0.7 is now out! This brings Tor natively packaged into Flare, the option to change your default $Grin communicating node, and more. Learn all about the recent changes here: @torproject https://t.co/7D9QzA1LZL

Users can now change the default Grin communicating node (to a local one or remote).

The Flare wallet is really slick!

As a noob, I found it very user friendly to set up. A big thank you to whoever developed it!!

The only issue I’ve had so far is that when trying to receive grin from an exchange, its been about 2 hours and the coins still have not been deposited into the Flare Wallet.
Would have choosing “grinbox” instead of “hedwig” address made it faster?
How long does it usually take to receive grin from exchanges?

Thanks in advance for the info!

Thanks butter, glad to hear!

When using hedwig, make sure that your wallet is open until the coins are received. If it has been 2 hours since you created the transaction from the exchange, there is most likely an exchange issue. Try seeing if you could resend the transaction to your current hedwig address.

Once the transaction is sent from the exchange, you should see the coins pop up into your wallet almost instantly.

Thanks for the advice on keeping the wallet open when using the hedwig address!

Regarding my previous transaction/withdrawal issue of being “in progress” for 24hrs: I requested the exchange to cancel the failed withdrawal, and within a day my request was fulfilled

Then I tried to withdraw again using the hedwig address, along with your advice on keeping the wallet open. As you correctly stated, the coins were deposited within a few minutes!

Additional info for future users: Note that even when the wallet states that “received grin” status is “complete” - it takes about 3-5min for the wallet balance to update.

An idea that could make this wallet even more user-friendly than it already is, could be to provide some basic info about grin address types:
When selecting to “receive” grin to wallet via :
a) The grinbox address or
b) Hedwig address.
It would be great if there was a little footnote about the difference between the two addresses, including info about keeping wallet open until coins are received. This little bit of info could potentially save future users a lot of research, stress and service requests.

Thanks for that note. The wallet waits until your coins have 10 confirmations before the balance is spendable. This can range, each confirmation for Grin is typically around 1 minute on average.

A overview on the wallet addresses would indeed be a good idea for new users. Thanks for all your feedback

Just wanted to say to be very cautious while using this wallet.

The design and the UX look really nice, but nobody knows who are the persons behind it, and the code is close source.

In particular it means that the creator of this wallet can use mechanism to get your private keys, wait for months to get a lot of users and funds ready to steal, and exit scam with all the coins stolen. it has already happened for other wallets.

I don’t see any good reason to let close source wallets advertised on this forum, it can damage grin and its community if a big exit scam were to happen, and nobody can see the code.

We have already one example of exit scam from a user on this forum (Chief demeanor).

For those that may be interested in this connex information, I had the confirmation that Changelly is run by anonymous people and that they do not care if affiliates (Flarewallet is one of them) exit scam:

Thanks for your input, but I don’t appreciate accusations like this. You are free to not use the wallet, or warn others to not use open source software - but there is no scam going on. You can also freely monitor network traffic in/out of the wallet and confirm that if you know how to do so. The only network calls made are to api services such as changelly etc, and api’s for other coins like eth/btc etc from reputable block explorers. I compel you to monitor the network traffic that Flare uses to confirm it for yourself.

The backend of the wallet uses wallet713 which can be confirmed very easily. Also for team members - you can find me on linkedin if you look for flarewallet.

I personally have been following Grin for a while now well before initial launch and wanted to support it within Flare. Again, you are free not to use Flare until it is open-sourced, but there are a lot of users already using it with no problems.