Your Legal Grin: Does Grin = Religion?

“Since man cannot live without miracles, he will provide himself with miracles of his own making. He will believe in witchcraft and sorcery, even though he may otherwise be a heretic, an atheist, and a rebel.”

As one of the few open legal practitioners in the grin community I wanted to talk about religion and how it may affect Grin. This is purely a theoretical conversation about the possible legal implications of community members calling themselves a coven, pagans, wizards, witches, wiccan or other names. I am not an expert on any of the above religions and I do not practice any of the above religions. Again I am writing this purely as a theoretical legal research primer oriented to create dialog between Fellow Grin Community members.

Lets start here. Wiccan is recognized as a religion in America. End of story. Wiccan is a decentralized religion with many forms of practice. Maybe the Grin Community has wiccan members or other Pagan labels.

You can find a relatively good article on Wicca here: WICCAN BELIEFS

I would posit that the shared beliefs with some Grin community members may be: Trust and belief in Mathematics, Science, Physics, Computers, Privacy, Freedom, Decentralization, Trading, Encryption, Geometry, Loyalty, Astronomy, Coding and Respect for Nature.

What are the Ritual Practices of Grin community members as it stands now and is this enough to be considered a Religion? As it is now I would say no the community members’ acts and practices do not qualify as a religion. The community would probably need to start or end its governance meetings with a prayer of some sort to be afforded religious protections. Of course there are undoubtedly community members who claim one of the many mainstream religions but J.K. Rowling has wizards from all denominations so I do not think it is exclusive on one religion. I think I read that Igno claimed he was Catholic. A Catholic Wizard perhaps? I change my profile pic in dedication to Igno, maybe he likes it.

There probably needs to be some more ritualistic organization like a separate group within the community that meets separately to answer Grin Community Members spiritual needs. Maybe its not even needed lets take a look at what currently occurs.

So why bother talking about this? Because in America there are legal protections that are afforded to religions and if the Grin Community is or has a sub-sect of community members that are practicing then they could avail themselves of these rights. For legal protection it would be more desirable if the whole community was protected as a religious group than just a sub-sect. From what I have seen from other crypto groups including BTC Maximalists Grin lends itself perfectly to this concept of religion.

What are some of the protections? Well the largest protection in America is from religious discrimination.

Protection from Government Overreach (Including Surveillance) based on Religious affiliation.

This protection as the current law stands is mostly specious for the Grin Community because I do not think Grin is a religion. However there are some positive decisions for consideration.

What is the RFRA?

Religious Freedom Restoration Act of 1993 - Prohibits any agency, department, or official of the United States or any State (the government) from substantially burdening a person’s exercise of religion even if the burden results from a rule of general applicability, except that the government may burden a person’s exercise of religion only if it demonstrates that application of the burden to the person: (1) furthers a compelling governmental interest; and (2) is the least restrictive means of furthering that compelling governmental interest.

How does this apply here? It shows the willingness of the Chief Justice John Roberts, the Chief Republican in a Republican dominated Court, to provide religious protection at the Federal Level for something like ceremonial drug use. Thats crazy, right. However it should be noted that this was based on Government interference in religious practices.

Here a baker did not want to bake a cake for a gay couple because of his religiously held views. In showing selective hostility to a baker’s sincerely-held beliefs as a basis for his objection to creating a cake for a same-sex couple, the Colorado Civil Rights Commission violated the baker’s right to exercise his religion. The laws and the Constitution can, and in some instances must, protect gay persons and gay couples in the exercise of their civil rights, but religious and philosophical objections to gay marriage are protected views and in some instances protected forms of expression. Why? Currently because baking a cake has artistic elements of free speech and as already mention in my last post Freedom of Speech is one of the most, if not the most, important constitutional right.

However in Arlene’s Flowers lawsuit a florist denied a same sex couple flowers and the Courts have ruled that she violated the state nondiscrimination laws and she has had to pay a fine. The Supreme Court weighed in once and remanded the case back to Wash State. Again the Trial Court in Washington State ruled in favor of the gay couple. The Flower shop owner has again appealed to the US Supreme Court and the case is still pending. Very interesting indeed. For a thorough run down on the facts and posture of this case view the link here: Arlene's Flowers lawsuit - Wikipedia

What should we take from Arlene’s flowers? That state laws are very important for the protection against discrimination.

Hassan v. City of New York, No. 14-1688 (3d Cir. 2015) In April 2018, Muslim Advocates, who filed the suit on behalf of the plaintiffs, announced a settlement had been reached. As part of the settlement, the NYPD agreed not to engage in suspicionless surveillance on the basis of religion or ethnicity; to permit plaintiffs to have input in a first-ever public policy guide that will govern the Intelligence Bureau’s activities; to attend a public meeting with the plaintiffs so they can express their concerns about the issues in the lawsuit directly to the NYPD Commissioner or a senior ranking official; to pay businesses and mosques damages for income lost as a result of being unfairly targeted by the NYPD and to pay individuals damages for the stigma and humiliation they suffered for being targeted on the basis of their religion. Case Link: Hassan v. City of New York, No. 14-1688 (3d Cir. 2015) :: Justia

Ultimately I would draw an analogy to the community using and developing Grin, as a protected religious freedom, in addition to the other 1st amendment protections. That is if the Grin Community was sufficiently religious enough.

Protection against Customer Discrimination based on religious affiliation… Perhaps for example maybe Coinbase Inc., Kraken, Binance US or any other American Based exchanges could provide the Grin Community some accommodations… Why? because these companies should not discriminate against their customers needs. These private businesses are of course free to choose and denying a Grin listing would not necessarily be religious discrimination, especially if Grin is not religion. According to Masterpiece Cake Shop decision mentioned above, theoretically any of the above companies could deny Grin listing if they have firmly held religious beliefs and believe Grin to be antagonistic to those beliefs. However it is important to note that in Masterpiece Cake Shop the court ruled that baking a cake was a protected freedom of speech because of the nature of designing and decorating the cake, but listing a coin is not really freedom of speech or is it? It really is currently an unsettled question and it ultimately depends on the location of the company, which state laws apply, and the posture of the courts of that jurisdiction.

Importantly the strength of legal protections are based mostly on state specific laws and the Courts in that jurisdictions’ interpretation of those laws. Federal protections apply but the law is less clear because there appears to be a split and a couple of pending US S. Ct. Cases that are still not decided. Washington State, Colorado and of course California seem to be leading the way on protections against religious discrimination and discrimination in general. Only citizens of those states can raise protections under those states laws. For instance a customer discrimination claim under state law against a California Company would apply only to California Citizens. Of Course interstate commerce arguments could be made but only at the federal level. You want to be in California State Court for instance to make a claim against a California Company.

-grin till you grave 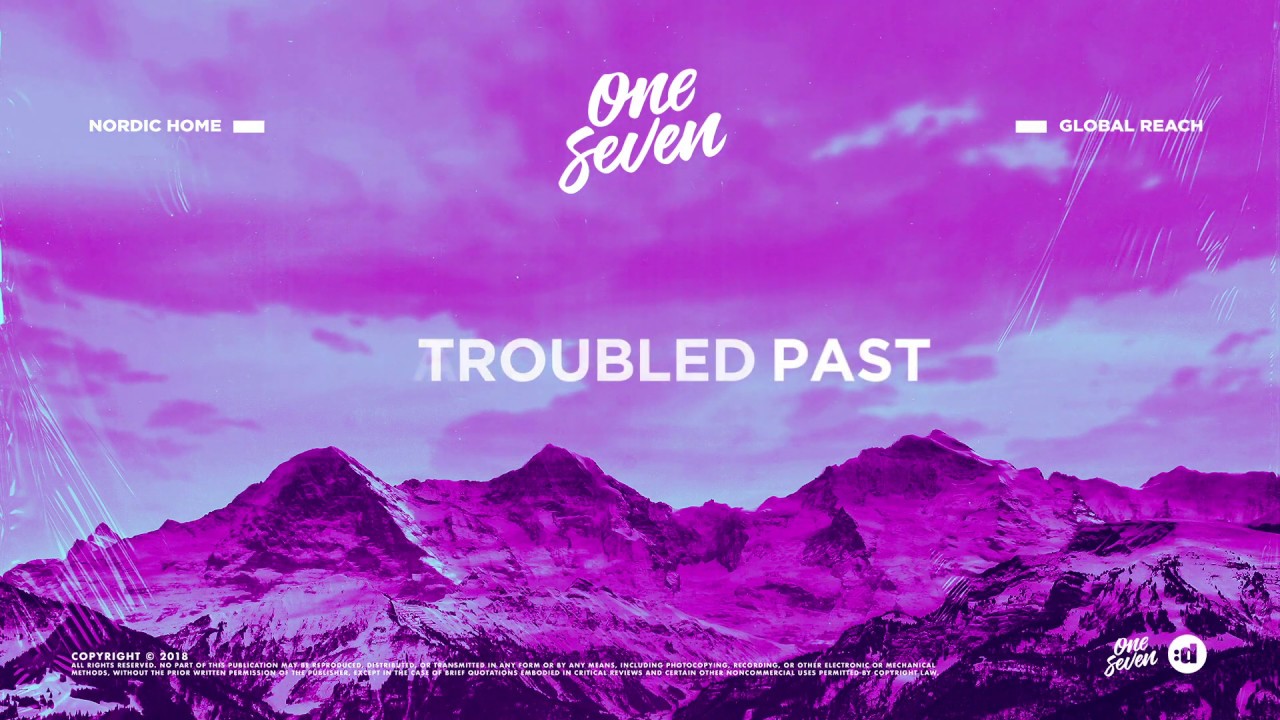 Religions; regardless of right or wrong, often advocate humility, goodness, and justice. It gives advice about them. On the other hand Religions; says is wrong to be arrogant, to be greedy, to be cruel. It advises us to stay away from being like this.

If Grin were a religion, it could be the most just, most humble, most tolerant religion. Because let’s consider other crypto coins as religion. Which one is better than Grin?
Ignotus’s words could have been prophet words.
"State your goal clearly and keep pushing toward it.
Be patient.
Be very wary of too much affluence, it’s a distraction.
Adopt the open source ethos first, it’s a proven model.
Be humble and exceedingly nice.
I’m convinced we really have a chance at making a broad positive impact on many people’s lives. Let’s not get lost in the weeds."
ツツツツツツツツツツツツツツツツツツツツツツツツツツツツツツツツツツツツツツツツツツツツツ