What if I solo?

As a Grin miner, have you ever wondered what the reward is if you solo? Is it better or worse than mining in a pool? May be you have already know the reward of solo is random and should be almost the same as in a pool for long term, but how long is it? How random is it?

Easygrin pool got an interesting new feature online today. It shows the solo rewards right in the same chart of your actual rewards. The solo data is genuine, because pool backend records each block it found with the miner account who found it. The chart visualizes the solo data , so that miners can get an intuitive sense of what reward they will get at what time if they solo, and at the same time, without really bothering to deploy a node to do the solos themselves.

The followings are some screenshots of 1 iPollo G1. Checkout more charts of different hash power in pool.easygrin.org 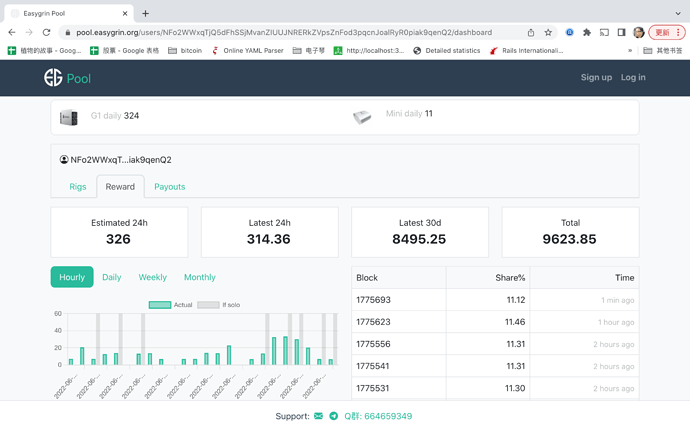