I know this is unrelated to Grin but I expect folks in this community to appreciate Precursor as it is the very first device in the hardware space that is built with openness and verifiability in mind. I implore everyone to have a look in the Crowsupply page, read out some of the project updates, and at least consider supporting with a $10 donation.

I have no financial interest in the project, I have bought a device myself because I believe in human-respecting tech and I would love to see the campaign come to a successful closure. Bunnie’s recent presentation and AMA are also very interesting sources. 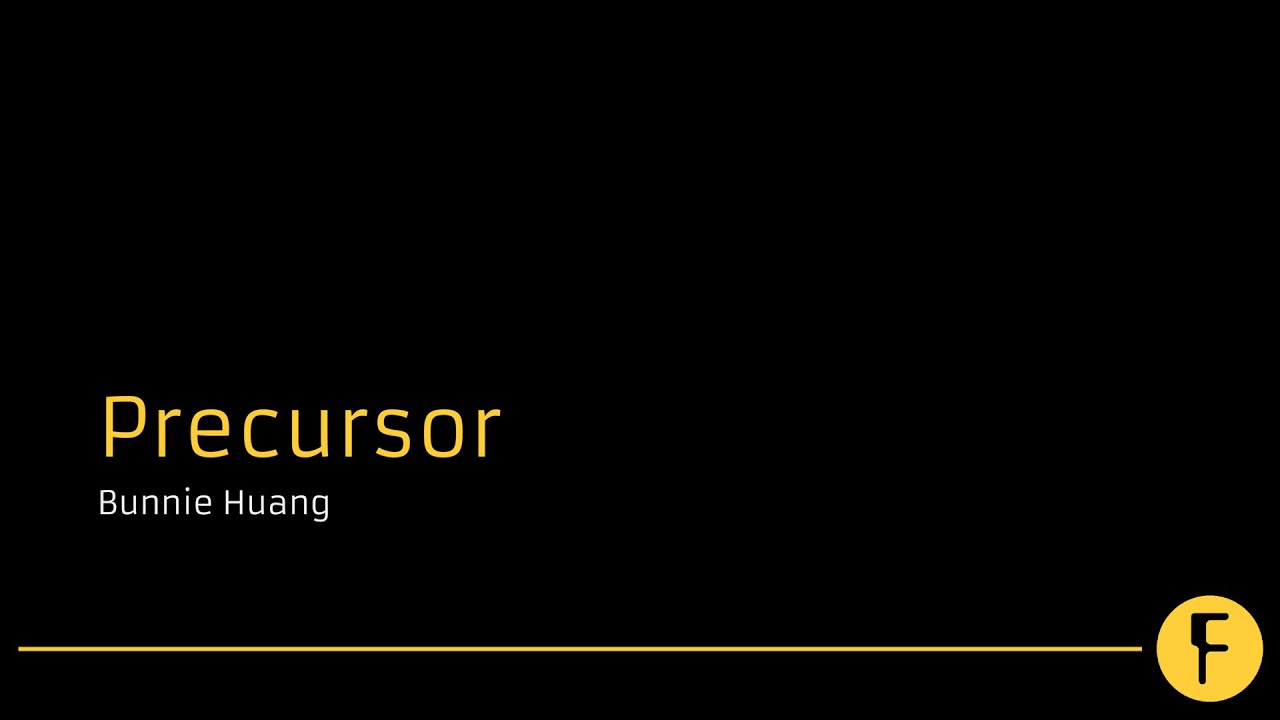 Wow! Thanks for sharing. A very innovative vision coupled with production. This is the future. Definitely.

This looks very interesting. I particularly like the mantra “Complexity is the enemy of verification” that jives with Grin’s focus on simnplicity.

For use as a Grin wallet, I see two main obstacles. One is the limited input mechanism, namely keyboard only. Nobody wants to enter slatepacks by key.
In the end he discusses the security challenges of adding a camera.
Hopefully the wifi allows for slatepack communication and the screen and keyboard suffice for visual verification and confirmation.
A second problem is that the only curve currently supported is ed25519. Grin would also need secp256k1 support for good performance. With the demand from the bitcoin space, I think there is a good chance of seeing this added at some point.

Very interesting device. If it would include a camera and indeed some additional curve supports it would be great as open hardware wallet device (a bit similar to nGrave hardware wallet https://www.ngrave.io/).
Would be nice to have an open source wallet with support for e.g. Shamir’s Secret Sharing (SLIP-39) which now is only supported by the Trezor model T. In general I dig the idea of a separate hardware device for multiple encryption purposes (not only crypto currencies).

The price is a real bummer though, way to expensive for most unless you stashed a lot of sats in the early bitcoin days.

For use as a Grin wallet, I see two main obstacles. One is the limited input mechanism, namely keyboard only. Nobody wants to enter slatepacks by key.

Well, one of the main things they want to support is messaging so surely an app or plugin can be developed to automatically read received slatepacks and build responses.

The price is a real bummer though, way to expensive for most unless you stashed a lot of sats in the early bitcoin days.

@Anynomous for a development device yes this may be considered expensive. I would still implore you to help out with a $10 donation if you believe in the project’s goals.

@kargakis I gave some love, but they should seriously update their donation procedure, it is too long and irritating asking multiple times for the location as wel as unnecesary personal information such as the phone number and province which is only relevant in US.
I nearly cancelled giving the donation because of these reasons. Needles to say, they should also have some crypto adresses for donations opposed to creditcard+all personal info for donations.

The campaign finally reached its goal! At the same time there is a stretch goal to 280k for including a better battery. 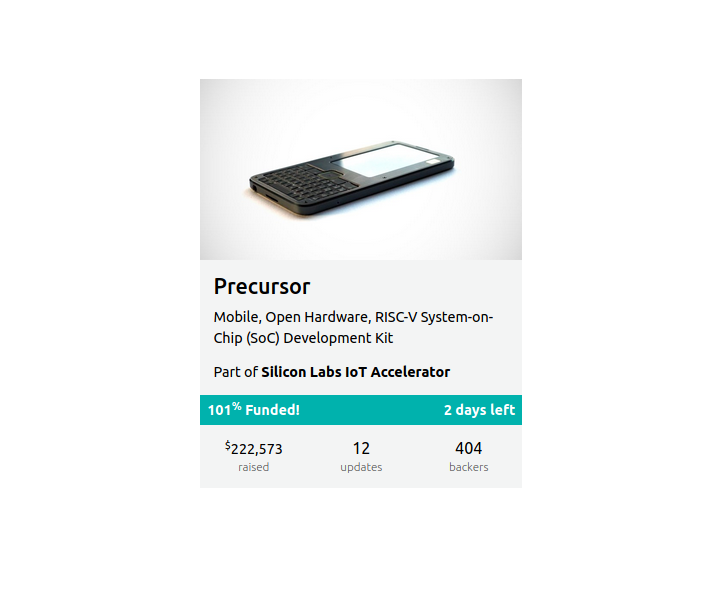 Precursor has passed 100% funding! 2 more days left to enjoy discount pricing and to buy the limited edition! If we reach $280k the battery gets upgraded. You can also buy w/BTC at @dglab_official's Lightning Store https://t.co/ntoL8qgzYo and it counts toward the stretch goal!
3 Likes