Hello. Do you mean that you need 8 gigabytes of RAM for each card???

Currently testing Beta v2 with my rig, results range from 2.04 to 2.2gps. Some improvement, but still a long way to go. Fingers crossed! 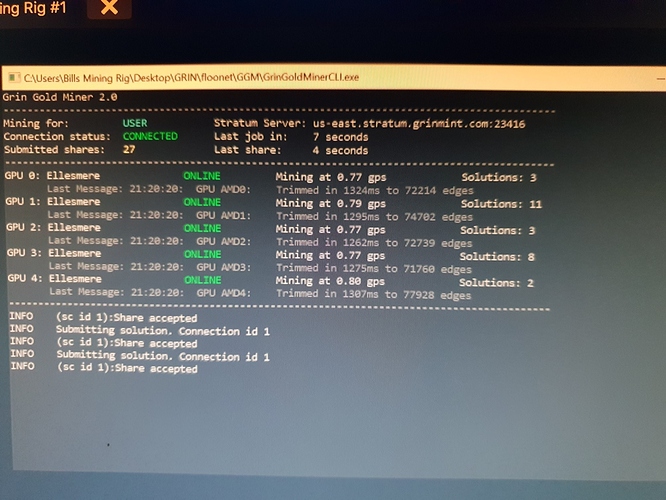 Nice to know that AMD is also supported, but the results are disappointing

You can call this AMD alpha version. It is likely that we will be able to get it much closer to nvidia. You could say that this is how AMD does when executing code written on nvidia. Don’t expect AMD to stay this slow for long.

@photon Thanks for working on GGM-AMD to make it perform closer to GGM-NVIDIA.

I will implement CPU load detection before main-net that will automatically increase number of trims and reduce CPU load. But the GGM miner is heavily multi-threaded and Celerons cost 30$ for a reason so having non-garbage tier CPU will always help in near future.

You may also check your virtual memory settings, make it as high as possible.

Does anyone know if we upgraded our CPU from 2 cores to 4 cores, will the miner will be able to handle/run 8 GPUs?

are these 8gb cards, and presumably you’re mining Cuckaroo29?

Thoughts anyone, if this will do the trick?!

That looks pretty good @dewminer76 how many cores does your CPU have? 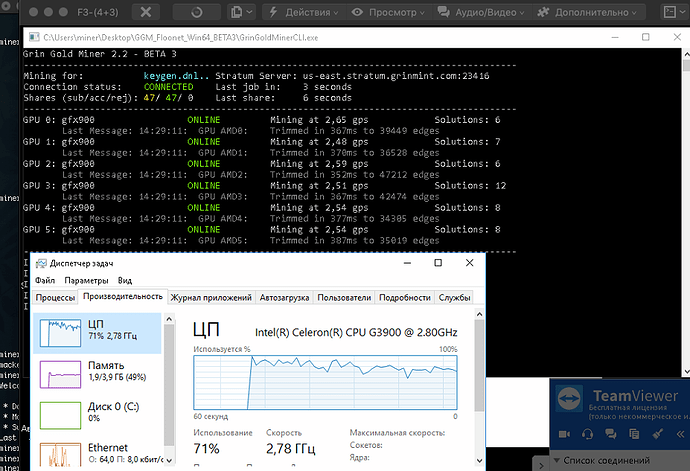