Awesome! Is it possible to estimate where the implementation roughly is from 0/project Idea to 100/ready for end user? I am a bit lost by just reading the individual updates, because I have no clue what is actually needed.

The project consists largely of these parts:

These are the main actions that the hardware wallet should be involved with:

It is hard to estimate or put a number percentage on it. I am not done with the previous elements, far from it. I have ‘lost’ quite some time on issues that weren’t as important; some issues with the handling of errors and traits in Rust.
For example (this can sound too technical), I wanted to make my integration test functions generic enough that it can use the hardware wallet client library, as wel as a Speculos wrapper). But this turns out to be a bit more difficult/time consuming for me at the moment, so I decided to do a more ‘back to basics’ approach.

I am taking some weeks off from work.

When will we be able to send our smirks to the ledger wallet?

This is hard to say. I’m getting back into development.
Recently, Ledger has changed the Ledger SDK. I like the improvements, but it will take some time to adapt my code. I need to work on the user interface of the Ledger app. It is also hard to estimate how long the integration with grin-wallet and the Ledger Live wallet will take. I started working on that a while ago, I am trying to work towards a point where I can see better how to do the remaining part these integrations, and estimate better the amount of time it will take.

Thanks Mark. Is your code public anywhere?

No, at the moment, it is not ready to make it public.

I’m going to think about how I could assign something more developer oriented, but it’s hard at the moment to divide this now in well rounded tasks.

Is this the same thing? 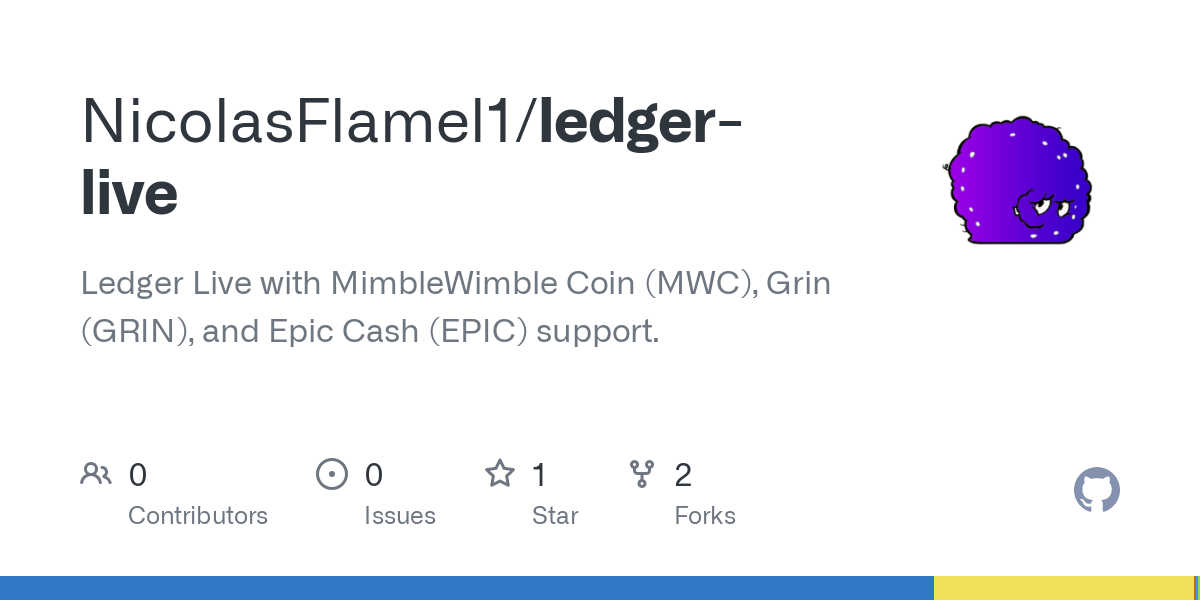 No, this is another project.