Creating a thread to solicit suggestions for agenda items for the Governance meeting to be held on Tuesday Oct 9 @ 3PM UTC in the Gitter main lobby. Comment in thread and I will update the agenda.

LN compatibility testing with a working prototype before launch

the nomination of monkyyy for grand overseer of grin

LN compatibility testing with a working prototype before launch

Grin doesn’t have relative lock heights yet, so that’s not gonna work. See grin#1260. Even if we had the technical capability there is no way we can have a working prototype before launch, it is a lot of work.

I expect a massive shitcoin die off from the bottom 80% just not having dev care to imminent segwit. It could be next year it could be in 2 years. But when the mulicoin LN starts for real, I strongly suggest grin is ready, if not for gain(all tho you guys know where my motivation is), but also so the lemmings of the shitcoin investors have a better chance of getting some grin.

I don’t think you need full LN support, a hacked together unidirectional channel settup, could serve as well in a muli-coin LN from an end user prospective.

All I really care about is that when the mircoservices start, the speculators can setup the between coin hops easily as “market makers” and end users who made their money off the services can disappear into grin.

The highest priority right now is the base layer. You need to set up a good foundation before you start working on the second layer.

bumping because its tomorrow

It’s in no state to be decided but maybe if people could just review some of the proposed grin currency symbols to at least hear what stands out to as interesting options?

I would suggest against using Emojis and weird graphical unicode chars. IMHO a lowercase one strikes much better besides the numbers than an uppercase. Hence, my personal preference is this:

and specifically some of the cool ones I’ve come across at the bottom of this document: 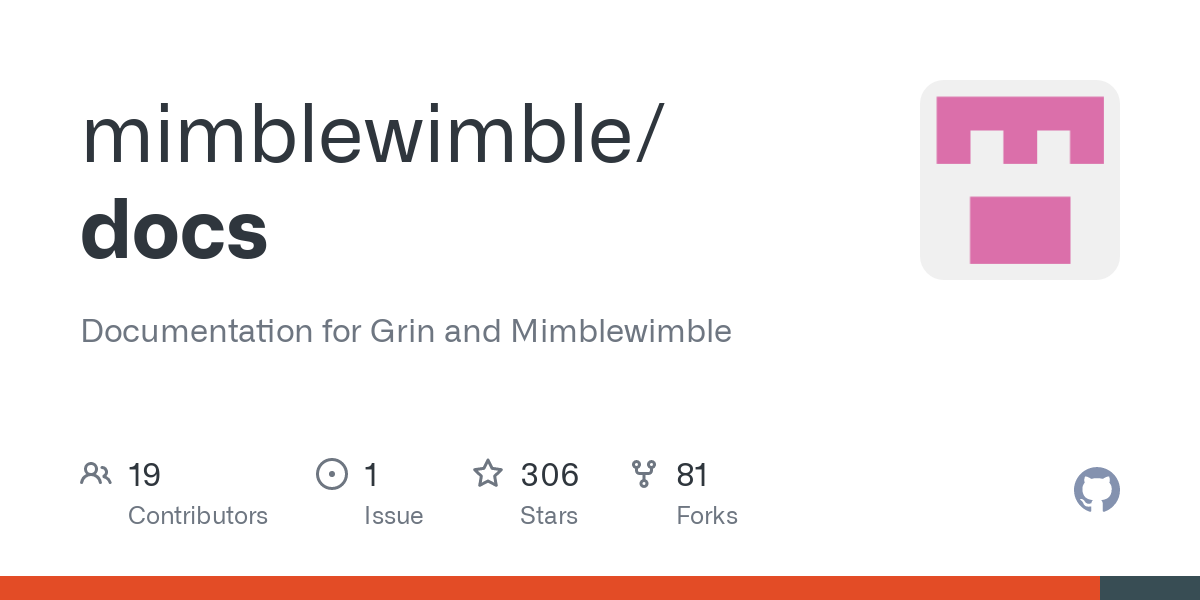 Documentation for Grin and Mimblewimble. Contribute to mimblewimble/docs development by creating an account on GitHub.

also more creative names for the technomity… but that ship may have sailed (although I’m always open to more shed painting).

Alright here is my latest proposal for better name than the Grin Council, and again I know bikeshedding can be weaponized but I am only contributing these thoughts with sincere intentions as a words guy. Words are powerful and I think it’s worth being a words guy.

M could stand for something else. GOBLINS Adhocratic Management and Undertakings Thing. I mean they all should stand for plenty of things.

GOBLINS in turn can stand for whatever we like, for example, GRIN’s Own Beaurocracy of Laborers, Improvers, Nurturers and Scientists or GRIN’s Omnipotent Beamish Liason of Investigators Negotiators and Sockpuppets or whatever. In fact it should change all the time.

And if we pretend GRIN stands for something, for example GOBLINS Realized Intermagical Network, we have ourselves third level nested cool recursive name.

I find it hard to believe a more fun name is going to make anything worse, and have strong intuition it could make things better.