After its fourth birthday, it will gradually approach 1 dollar

Russia is conscripting on a large scale, Europe is ready to move, and China is also working for territorial integrity. The third large-scale war in human history will begin in 2023, and Grin will be widely used by the world, anonymous, stable, and unregulated. (After its fourth birthday, it will gradually approach 1 dollar) 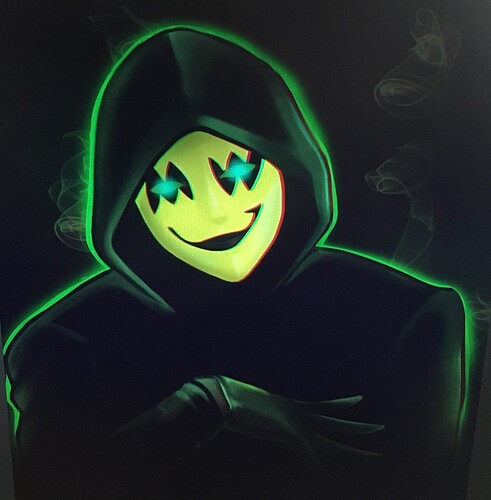 We need to break linkability before we can claim anonymity, but we’re getting there!

I’d like to understand more about linkabilty. Does it mean that, lets say I went into a store to make a payment, if a bad actor was monitoring either the payment or node, they could know if I’d made transactions anywhere where they were also monitoring nodes? i.e. another store or even the same store? What part of the transaction is linked if there is no address? Is it something that the wallet produces? Couldn’t this just be changed for each new transaction?

Transaction building can be offline so there’s no leak here. So there are 2 points of leakage:

Note that nobody can tell the amount you’re sending unless they’re linked to the coinbase transaction (miner’s reward). In such case they can predict the upper bound of the amount.

It’s possible I forgot about something

The primary leakage is from the fact that a transaction (today) clearly has inputs and outputs, and a chain observer can build a relational graph to cluster transactions/outputs which are related to each other. As @vegycslol already pointed out, things like payjoin, coinswap, mwixnet, etc will help break that linkability, but until those solutions (at least one of them, but hopefully multiple) become widely used, the transaction graph is fairly transparent.

OXT has a good write-up explaining how linkability in the face of anonymity and chain analysis firms:

Obviously Grin has no addresses and has confidential amounts, so Grin is in a much better situation than Bitcoin, but the points about transaction linkability are still relevant to Grin.

There is also https://oxtresearch.com which has some great examples of how chain analysis firms use tx linking to identify entities on a block chain. (Again focused on Bitcoin, but much of it is still relevant to Grin).

It’s possible I forgot about something

I’d only add that wallet clustering is pretty powerful and still possible/practical, even with blinded amounts and no addresses.

But the future is bright for Grin, and once we break linkability, there will be no competition in the privacy space

What’s wallet clustering, how does it leak and what?

I’ve always thought and i still believe that linkability is not really a big issue if you have no addresses and hidden amounts. So imo it’s a big problem for btc but almost non-existent in grin.

Clustering is the act of looking at the transaction graph and finding “clusters” of related transactions to identify which transactions belong to one entity’s wallet.

It depends on the following details:

If you graph the transaction flow on a network, you can see patterns of transactions which spend each other’s outputs and can conclude with some certainty which transactions belong to a common wallet. External data can vastly improve this analysis, such as temporal analysis, or any identified transactions (e.g. from exchange data).

I’ve always thought and i still believe that linkability is not really a big issue if you have no addresses and hidden amounts.

This is unfortunately an all too common fallacy. Even if you don’t know how much money is in that wallet, if you know who sent any one of those transactions, then you can attach an identity to the entire entity. If you seek anonymity, you need to break linkability. In many cases, knowing who you transacted with is much more damaging than the actual value of the transaction.

I highly recommend researching it more (the OXT guys have lots of good info). Hiding amounts and removing addresses are 2/3 of the problems, but we need to get all 3/3 before Grin is usable as privacy tech.

Thanks guys. Definitely gonna read more. So I’m terms of linkability, does any other current privacy coin solve it? I guess monero does?

Monero breaks linkability with ring signatures (as do several other privacy coins). You can also break linkability in non-private coins, e.g. by coin joining some Bitcoins.

Each approach has its tradeoffs, but Grin with coinswap+payjoin will be the ideal balance, once those projects are ready

Impossible. Please just let this project die. If grin is successful it will be very bad

You can imagine, if World War II, if Grin had been in place, maybe it wouldn’t have been so bad, because the purpose of the war was to redistribute wealth and shift productivity.

Dude you don’t understand… when this project die you will feel stupid.

Grin is not going to redistribute wealth I’m certain of this, by 2024 I will be worthless.

As it stands now, GRIN is slowly dying and becoming irrelevant.

But in the meantime, you can still use Grin to transact. And that is the real value prop. Buy Grin, transact, sell Grin.

The better the UX, the more often people will do this.

The more often people will do this, the more they will just keep their money in Grin out of convenience.

The more they keep their money in Grin, the more the price rises.

I have said this before, but it’s really all about the UX. And that is improving.