poking @0xb100d book over to a new topic

Some more of my thoughts on sources:

That bitcoin is an-cap shouldn’t be to hard of a sell so unless pushed I don’t fill the need to defend it, heres my first thoughts on introducing ancap: I would suggest chaos theory is better machinery of freedom; jeffery tucker is a good source for capturing what I would call “causal agorism”( undoing or dodging the state damaging effects as a way of life, but not in the big flashy ways of say starting a currency does) you could pick one of his short essays on fighting epa bullshit; hoppe is important and I would suggest grabbing a chapter from one of his tomes(not books, tomes) with a preface explicitly not endorsing his other politics perhaps anti-democracy or his take on defending property rights I feel he’s the strongest voice on those topics even I feel he’s wrong in other areas.

You should probably cover 19th century individualist socialism, I’m less informed about it then I could be, but I would point to ben tucker, his “4 monopolys” includes “money” and “patent”; while silver pushing and hating patents are on the surface off-topic, I hold that thread to libertarian “end the fed” and the open source movement goes back at least to here. When tromp talks about “fair coin disruption” I see that as he got this sort of thing from a “tertiary” source of those ideas, for example. While open source was generalizing, formalizing the fuzzy idea of it.

Spooner is my favorite writer, I will never not push him; “no treason” is the most important anarchist text in my opinion, “vices are not crimes” and “natural law” I also push. However in this context, “vices” and his essay advocating to arms dealing as a positive political action(and no I’m not joking) with a preface pointing at the silk road could be nice; add in some sources defending the silk road and you could make a nice section out of it. Maybe some konkin?

For libertarian; a section of a book/essay like “end the fed” could be nice. A passable argument for the nap is probably nice as without you don’t understand people like jim bell; even if the nap has fallen out of favor as an absolute for many political cultures, it left a huge mark. In fact, an libertarian argument cutting down the nap should probably go in as well.

For idea that are worth saving out of the cyphernomicon: the connection to an-cap is really good for saving my sanity on the “bitcoin is ancap” “”“debate”"", it annoys me its not common knowledge. Every name of satoshi-who-failed should stay no matter how little substance it adds, as most have bitroted away. I forget but does “causal agorism” exist as well? I’ll probably need bite my tongue and reread that horrible horrible rambling mess

If you include assassination politics, I remember that someone tied to start one and it failed hard, including the final fundraising amounts before it bitrots away(if it hasnt already) would be nice

Don’t hesitate to ask me for help with this, I’m a shitty writer but throwing primary sources to make my political arguments at people doesn’t need me to write much.

I like the idea of having precursors … but it’s an unending rabbit-hole. some of the most most important that seem way ahead of their time and explain the cypherpunk ethos perfectly despite their age, those should absolutely be there.

This book has to presuppose some outside information from the reader, and maybe providing a bibliography of other texts they should read would be more appropriate. Like excerpts from only the most key, and then a long list of pre-cypherpunk preliminaries that people can look up would be a good idea.

If that’s the case then keep the stream coming and we can have a constantly updated list of things for people to read to get more background. but also would appreciate recs of the one or two that should actually be printed or excerpted.

Here is the git if you want to pull request, but forum works perfectly fine. 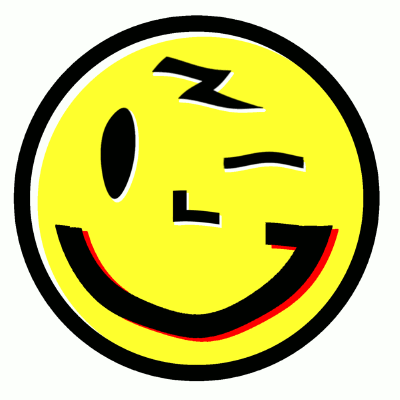 In the era of political writing I’m mainly talking about, people had the sense to be somewhat brief and “episodic”; several of my suggestions are fairly short and if not, could be cut down but finding the original divisions.

This is 3 pages http://praxeology.net/LS-PAS.htm ; no treason is “6 parts” long but parts 3,4 and 5 were “not published as it would be redundant” or whatever that exact quote was and you could get away with 1 part, if your only defining what someone believes you don’t need to cover the natural counter argument. For vices is not crimes I rather like the first 4 lines, it does not need to be 33 pages long.

Single chapters and essays form diverse authors can do a really good job to paint a good picture of the scene, I remember “markets not capitalism” doing the same thing and despite my misgivings with that movement being stupid and bending themselves backwards to get along with communists who offer nothing, I think that book was quite good example of how to paint a fluffy, fragile grand historical narrative out of dozens of voices, all without adding more then a few words.

By all means cut the fat, but you should cast a very wide net to start with.

This book has to presuppose some outside information from the reader

I would suggest presupposing what people reasonably know, and you claimed to be a centrist minutes after calling for an “explicit social contract” that one time and presumably your better informed the average; the culture and “tertiary” sources of these ideas are there, but the vocabulary and strong voices defending them certainly isn’t.

Wow thank you this is a trove.

whats the page cap your looking at?

I would suggest setting up a list of requirements, “100 pages for non-bitcoin, non-grin related tech if its really really good, or important” “15 pages for pure cipherpunk extremist dibble” “40 pages of more reasonable cipherpunk” “300 pages of nessery tech”

Then going thru these and giving them a score of page length, how well it written and what goal it works towards

then its just a bin packing problem from there

I went ahead and did a first pass of my suggestion

The 1.1k is not a suggestion, its what my suggestions of topics and how much they add up to, your likely going to be quite a butcher to get the relevant topics to fit in a single book

Please don’t include the Cuckoo Cycle “whitepaper” at https://github.com/tromp/cuckoo/blob/master/doc/cuckoo.pdf?raw=true

it’s rather outdated. I haven’t found the time yet to properly update it.

Where can I find the version you would most like published?

Putting last sources into the book. Let me know if you have any other “must-includes”. I wish I had more access to digitized zines, ideally would have a whole section dedicated to zine scans for some of the cooler arcana. maybe next edition. I’m sure there is someone out there with a perfect collection who would send us some scans.

Book is just shy of 2,000 pages it turns out. Has been long sent to the printer, but who could have guessed it would take a few months to print ~100,000 pages of cypherpunk madness.

It also turns out that the best descriptor is that the grinoire is an encyclopedia. It has really a lot of cypherpunk in it.

Just wanted to update people. The wait will be worth it. It has been exactly two months since we checked proofs and we are hoping it won’t take more than another two months to start shipping them. We will do a photoshoot of the books once we get final copies, and also send out our long overdue transparency report, which we kept putting off because we wanted to include photoshoot shots.

So the books are being printed as we speak and they are amazing. Many thanks to everyone for the support, it has really turned into something to behold. 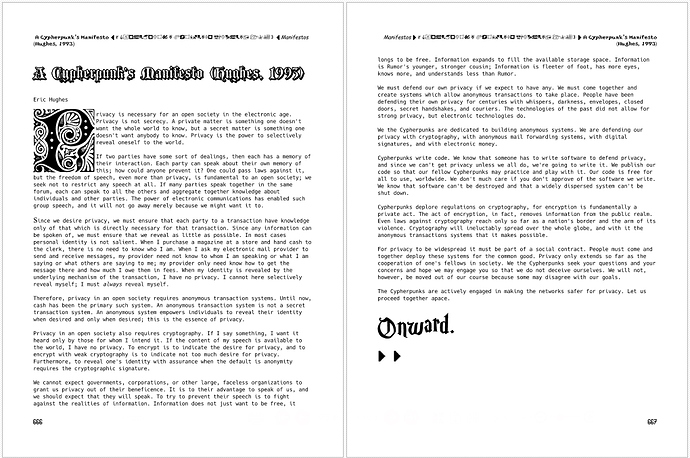 Hi @monkyyyy
Thanks to you for this post. I hastened to read Vices Are Not Crimes: A vindication of Moral Liberty, 1875 translated into French. Very good reading.
There is a passage that deals with property (and in particular the fruits of his labour) and his right to dispose of it and use it as he sees fit, according to vices and virtues

Books will start to go out to the first orders middle of November (maybe slightly earlier) with all orders set to be shipped by the last week of November.

Again, I cannot reiterate enough, how worth the wait it is going to be. And in fact we are doubling the cost of GRINOIRES now since we know the things are virtually instantly priceless. So order quick while I update the site.