We are all expectations from Grin. But do we work enogh?
Lately i tought and observed deeply myself about this.Mostly me myself pressing hard,criticizing on Grin progress pace,exchange and other problems, and Grins situation at current cryptoworld.

After all even Bitcoin and Eth top dogs have huge problems,unsolved.Yet no crypto is flawless. But what different them is they have active community in social media and defending their idea,tech and coin.

i dont see much devotion tht kinda from Grin community aka users.Mostly really lazy.Maybe depressed from price stall. i dont know what they think. Maybe they want to stay in dark,maybe they wanna mine and hoard at low prices,not to reveal themselves at reddit or twitter but this crypto brand needs awareness.

After all if we users dont press on twitter ,or orher social channels,those exchanges,pools wont upgrade and leave this situation another full year 2022.

There was a guy who created Grin Community Raid telegram channel. We better revive that and spread the world. i dont say moon talking but mentioning attributes of Grin and maybe more devs and people help to ease the work load.

Devs do their job,we just moan and complain.That doesnt help.

Devs do their job,we just moan and complain. That doesnt help.

Thank you for recognizing that. You’re doing a great job on reddit on other platforms introducing Grin to others. We need to bring more people to the community. The project isn’t “dead” as many believe, it’s very far from it. The core of Grin is mostly in a good shape and will only get better, plus we have many improvements we can make. People are right that we need to solve the UX somehow, but that’s not up to devs really, it’s the job of us all. We need to use the software, report the bugs and be supportive of changes. The current moto of many in the community is “let’s complain things are bad” which is really the easiest solution to every problem, but it’s also the worst one. It’s especially frustrating when most people have an opinion on what should be done without much understanding of Grin from the system point of view. This doesn’t help anyone and needs to stop. You’re right that we need to be more organized and especially more positive instead of having our pitchforks ready for the next opportunity.

Someone mentioned in the Grin Telegram Group a new privacy coin, they received 5,3 Million $ in Funding from investors and literally consist of 4 people: 1 Project Manager that ties everything together (similar to Lehnbergs role for Grin), 2 programmers and a really talented graphics artist who did a great job on putting a good looking website together full of submarines. The telegram-group was created on 6th April 2021, so its basically just a month old. They have a testnet running since april and everything seems to be running in a command-line hell like the default wallet for Grin but in comparison they seem to have horrible technical issues, nothing really works. Also, they will have a pre-mine (uagh…). So no stable blockchain, flimsy user-interface, shitty monetary policy, but a really nice website and most important: Its brand new.

In that month since creation their Telegram Group has already over 1118 members and overpassed the Grin-Telegram Group with ~999 users. The most asked question seems to be:

Will there be a private sale before mainnet goes online?

Everything is so fucking shallow. Nobody cares for their mission or what they want to achieve. Its just about being early on board and selling later for a profit. And this most likely applies to most of crypto-projects. Everywhere i look its always the same annoying story.

Thats maybe why the Grin-community may seem lazy to you in comparison to other projects.I am pretty sure that nobody here really expects to become rich just by holding Grin in the next few years…at least, i certainly do not

The core of Grin is mostly in a good shape and will only get better, plus we have many improvements we can make.

Yes, and Grin has something that makes it shine super bright (in yellow colors): It started fair and stays genuinely fair on protocol level. You cant beat something like that.

It doesn’t matter if you are a early adopter or a late adopter. The rules are for everyone the same in the timeline. This fairness will always keep the project afloat, because there will always be people who are not only interested in getting rich as quickly as possible, but also in having a safe means of exchange.

Long story short: For most people its not about the projects, but about getting rich. The enthusiasm you see everywhere is fake or at least shallow. Grin is pretty silent in comparison because these lambo-boys are not around, fortunately. Still i hope we’ll break our 1000 User finally on Telegram

They don’t defend the project, they defend their prospect of becoming rich

There is nothing wrong defending his prospect or becoming rich via Grin or Bitcoin. Why it is wrong to mention Grin can be in top 10 in the future?

You interested in crypto for sports?
i personally dont like that labeling moonboy mantra. if you can say i am Lamborghini ultimate Mars guy then. Without speculation and users,what will be the chain anyway? Miners hold the coins as souveniers?
With your mind set. Asics manufacturer guilty and devs shouldnt be paid.

My idea is to enhance the userbase and spread the word via social channels and organize.Some people stay silent and watch. But that s killing the passion and bad motivation for all participantsof Grin.

By the way i am talking much more about mentioning Grin like phyro and Tromp style.They effort only talking about Grins features in social channels.why leave them alone?

I believe that we’re targeting the wrong audience. I keep hearing “Twitter” and other big mainchannels like that.

We should have accounts on instances, or run our own instances for the discussion and promotion of GRIN. I would really like to see a community supported by GRIN donations and possibly even community services ran entirely by GRIN. Federated users are much more likely to appreciate this project 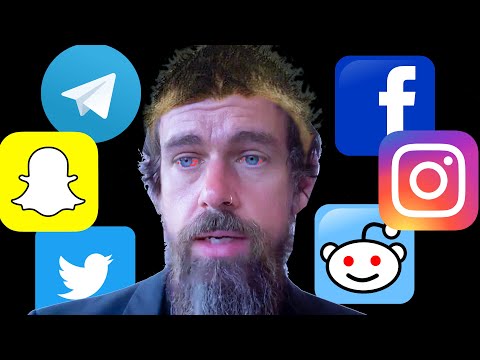 I partly agree. When targeting some of the more distributed alternatives, there might be a much higher yield of interested people. The problem is however critical mass. E.g. trying to find sufficient Grin users to have an active Mastodon community might already be hard.

But no one stops you or anyone else from the community to start a group on another platform. Once marketed on the forum some users might be willing to give these alternative platforms a shot. So it is not only that on these platforms are potential Grin users, but also in the Grin project there are certainly people interested in trying more private alternatives to social media platforms.

Fully agree. The Fediverse is a healthier habitat for Grin than all implementations of commercial social media. Centralized social media attracts of course a lot more people, but I think the Fediverse can only grow from here on and Grin will probably grow at the same time, while blown up centralized options have a lot of potential to implode.

Im my opinion, the market is not ready for Grin yet and Grin is not fully ready for the market yet. We should not be jealous of the current success of meme tokens and centralized fake crypto, but focus on on our own values. Grin is not made to be blown in a gigantic delusional bubble that can burst at any time and hurt people when it does, but for the long run.

I want people to find Grin, because they were looking for it and not, because it has been shilled to them by influencers, because this would attract the wrong audience. We should not even try to compete with that in my opinion.

Im my opinion, the market is not ready for Grin yet and Grin is not fully ready for the market yet. We should not be jealous of the current success of meme tokens and centralized fake crypto, but focus on on our own values. Grin is not made to be blown in a gigantic delusional bubble that can burst at any time and hurt people when it does, but for the long run.

But I also think there are some lessons that we can learn from the hype of meme tokens. It is a fact that meme culture can move the markets, and also elections (some people say); meme culture is a mean of spreading ideas.

Absolutely. As long as the memes are decentralized.

Animation with thunders in the background of a cemetery where grin climbs out from his grave and the witnesses start clapping, btc is one of them, elon another

Animation with thunders in the background of a cemetery where grin climbs out from his grave and the witnesses start clapping, btc is one of them, elon another

Any takers?
5 Grin for whoever makes this meme 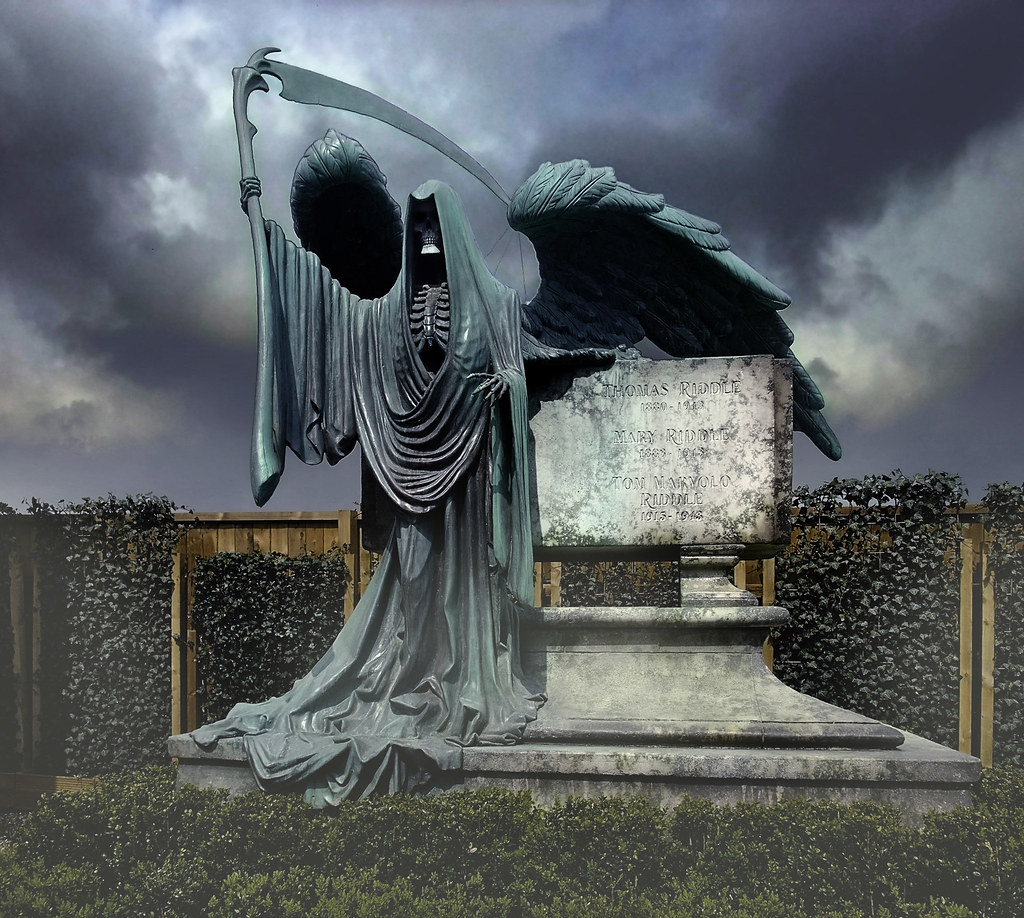 Being a well organized community OF COURSE this was been taken care of already long time ago:
http://grin-obituaries.com/

The devestating inflation bug from March would have been a perfect addition, however Grin became so irrelevant that it was not covered by any crypto-related news outlets, at least i was not able to find any news-coverage regarding the incident.

This is indeed intriguing, especially since the 51% attack from last year got a lot of coverage! This means the difference is that this was a private attack on Grin while the previous one was probably aimed at damaging the reputation of various crypto currencies, meaning bad pres was the target. Alternatively it might not have been used for bad press since the attack failed