Given recent discussions on the mailing list, I’m just putting this topic here as a placeholder for discussion of or suggestions for changes to our Code of Conduct.

So far the CoC seems to only have given rise to the wasting of time/attention.

Not quite sure what we were witnessing in that thread exactly. Disturbing to say the least.

The linux kernel coc semeone posted was just like ours/rusts. Minimal “don’t be a jerk” stuff.

There is seldom a right answer.
Please keep unstructured critique to a minimum. If you have solid ideas you want to experiment with, make a fork and see how it works.
Cursing is allowed, but never targeting another user,
avoid flirting with offensive or sensitive issues

Do I need a rant or can people guess why I disagree with these bits by now?

But really, you need to stop pushing forks, they need to be an option yes but its bad if they are ever necessary. In the same vain, not allowing arguments to become emotional or “agreeing to disagree” isn’t a resolution, its delaying, which either lets a problem grow or gives an unfair advantage to the status quo when its generally has plenty.

Remarks that moderators find inappropriate, whether listed in the code of conduct or not, are also not allowed.

I would drop this entirely; its always the part of the reality of the situation. But I define governance as codification and derandomization of decision making; if your codifying your whims, I see it as missing the point.

It doesn’t advocate hardforking the chain, it means ‘create a fork of the code in github and test your ideas there, possibly PRing it after’. Perhaps that should be made clearer.

May want to tell the rest of the community that, I’ve been told to fork off hard.

I agree, ‘go fork yourself’ in any context (even the hypothetical) comes across as elitist and anti-community. I’m guilty of a few instances of it here and there, and will try and remove it from my vocabulary. But in this case, it’s just meant to invite people to play with the code and join in

I didn’t mean that literally, and you’ve taken the entirely wrong message from it.

For future clarity I hold taboos in such a low regraud if I’m engaging in an extremely stupid one like replacement words for fucking swearing I’ll likely straight up meta-modernist mode https://www.youtube.com/watch?v=rYy0o-J0x20

I didn’t mean that literally either, I meant we should avoid telling anyone in the community that the solution to their concern is to go and fork the chain and start their own project, because that sends the wrong message. Exactly zero fucks given about swearing.

Edit: I assumed this was Luke…

Nobody is going to dismiss your input if it is good, that makes no sense. Free work toward a better CoC (or monetary policy, or POW) for that matter is free, and this is an extremely open and low budget project, never in a million years will good, free work be arbitrarily denied.

If your ideas are bad (or you are bad at explaining yourself), it doesn’t matter how free your efforts are, it will be an uphill battle trying to get people to accept them. Heck I’ve contributed some bad ideas over the past year and a half, but I never got the vibe I should fuck off, mostly because I was nice and productive in my tone.

You realize every single person on the grin team stepped in as a stranger and proved they had useful input? They didn’t have to defend or convince anyone any more than just by being constructive and contributing positively. Anyone can do that. If you feel like you are getting fricton from your input, reflect on why that hay be. Because if you are sincerely trying to make grin better (at no cost to anyone) game theory would show, unequivocably, that you will be graciously supported in doing so and there shoul be no friction whatsover added to your efforts by anyone. That would be definitively insane.

If you think people are out to get you, or there is a secret club with an already set and perfected (even if only in the minds of said cabal) plan, your experience is at odds with reality.

I do agree that the open ended clause about whatever the moderators not finding appropriate being off limits is a little too vague and open ended. It gives moderators undefined powers. Maybe if it said continuing to talk about something a mod has already said was inappropriate should not be allowed that would be okay since it leaves room for discussion. Vague things like that or “do good” leave too much room for interpretation.

And if someone takes issue with something you said or did, resist the urge to be defensive. Just stop doing what it was they complained about and apologize. Even if you feel you were misinterpreted or unfairly accused, chances are good there was something you could’ve communicated better — remember that it’s your responsibility to make your fellow Grinners comfortable. Everyone wants to get along and we are all here first and foremost because we want to talk about cool technology. You will find that people will be eager to assume good intent and forgive as long as you earn their trust.

Remember that it’s your responsibility to contribute in a way that builds, not destroys, the grin community. We are all here first and foremost because we want to talk about cool technology. Healthy communication and contribution methods are essential to the grin project reaching its fullest potential.

Some discussion on r/monero of the linux CoC… 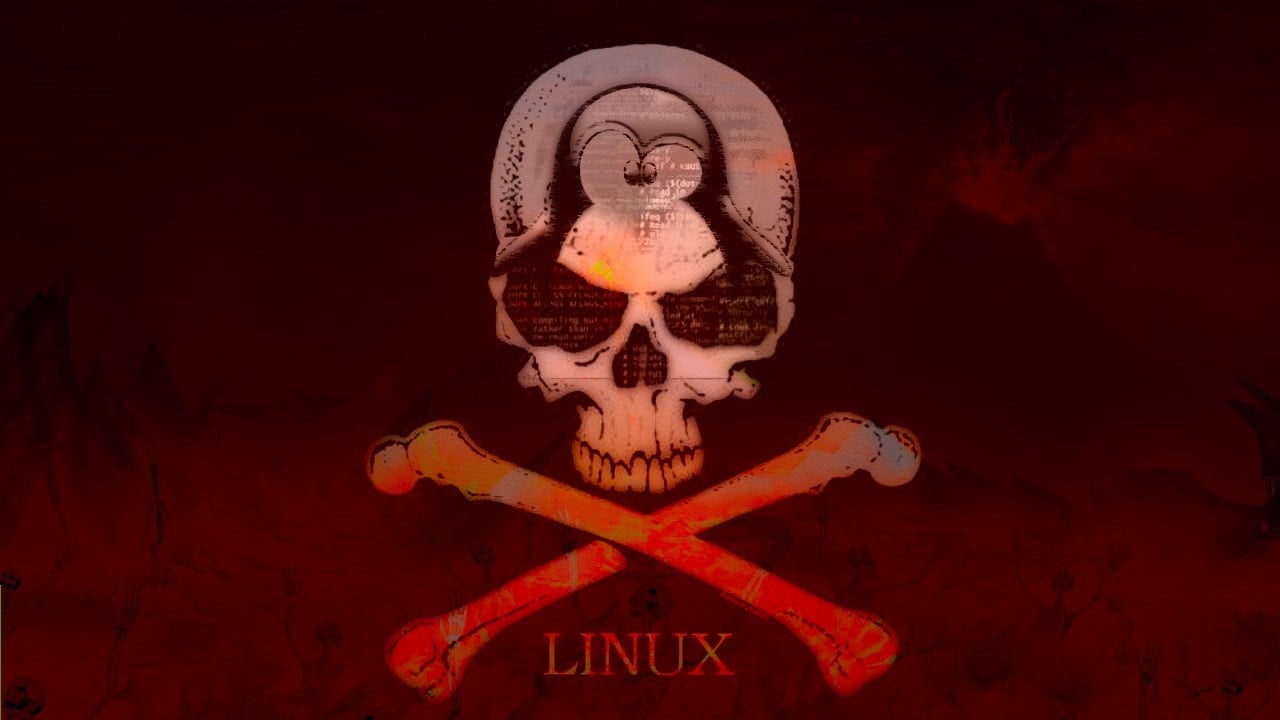 r/Monero - Linux devs threaten to destroy Linux because of code of conduct...

apparently one of the proponents of the politically-correct CoC, a person named Sage, identifies as a hufflepuff… one of the harry potter hogwards school houses.

After reading how seriously people take this stuff I think I’m going to submit a pull request to add a line to the first paragraph of the grin CoC that says something like “Discussing identity/identifying characteristics of oneself or others is not allowed (and not good OPSEC) except when absolutely necessary for context of discussion. Identity politics of any kind are completely innapropriate topic here and are not allowed in any official channels. Please keep discussions strictly on grin development and the overlapping domains that apply to it. In the rare instances where socio-economics or other domains comes into discussion that may require discussion of identity please keep examples impersonal and generic.”

This way we satisfy the politically correct types saying we are totally welcoming, and satisfy the anti-sjw people by saying identity politics has no place here. I think gets both ends of the problem well defined and solved.

More from the linux discussion I think we could incorporate:

Tech is morality agnostic. Code does not reflect or endorse the views of who wrote it.
FOSS needs everyone with the skills it can get.

Came across Robert K Merton’s “norms for the scientific community” recently and thought it was very applicable to a code of conduct for an open source project.

In 1942, Robert K. Merton introduced "four sets of institutional imperatives taken to comprise the ethos of modern science... communism, universalism, disinterestedness, and organized skepticism." The subsequent portion of his book, The Sociology of Science, elaborated on these principles at "the heart of the Mertonian paradigm—the powerful juxtaposition of the normative structure of science with its institutionally distinctive reward system". Merton defines this 'ethos' with reference to Albe...

The norms are abbreviated as CUDOS (some of you will see why I immediately appreciate).

Communism (data belong to the group),
Universalism (apply uniform standards to claims and evidence, regardless of where they came from),
Disinterestedness (vigilance against potential conflicts that can influence the group’s evaluation), and
Organized Skepticism (discussion among the group to encourage engagement and dissent).

These are all good since I think we objectively hope as a community to create the best digital cash possible and we don’t want to get hung up on subjectivity as much as possible.

Communism/communialism - keep all discussion in the open and share as much data as possible.
Universalism - ignore personalities and judge information on its own merit.
Disinterstedness - don’t assume the way we’ve been doing thigs is the best way, maybe there is a better way and grin has to change.
Organized Scepticism - know that we don’t know the best way.

So far I think the way the community has been acting is very much in line with this system already, but it’s nice to see it written down.

… calling a ideal I adhere to, communism, is awful communication. The communism capitalism debate is about ownership of food, how a non-scare, non-consumible resource like information is “owned” is kinda a gross abuse of the term.

Disinterestedness is a myth.

… calling a ideal I adhere to, communism, is awful communication.

I don’t feel very comfortable with the “communism” term either and I hope you can start realizing why Grin cannot and should not be tied to a particular political dogma.

how a non-scare, non-consumible resource like information is “owned” is kinda a gross abuse of the term.

Are you arguing against common ownership or any kind of information ownership in general? What is your opinion on patents and intellectual property?

Communisn in this context is not a dogma, it just means sharing information.

I hope you can start realizing why Grin cannot and should not be tied to a particular political dogma.

Are you arguing against common ownership or any kind of information ownership in general? What is your opinion on patents and intellectual property?

Anti, it’s not directly part of ancap, but old individualic socailists hated patents, cypherpunks hate patents and the standard ancap axoims on property rights don’t extand over ip and those sister movements had thier inpact.

The state declaring that someone can’t use thier real property in a way they don’t like, not really a thing without exterme reasons.(or you know if someone famous in the movement alliedwith a political party and suddenly everyone starts talking about Republican talking points for no good damn reason)