Is Bitcoin secure after the block subsidy ends? | Hasu

Begin at 16:32 to skip the general PoW overview. 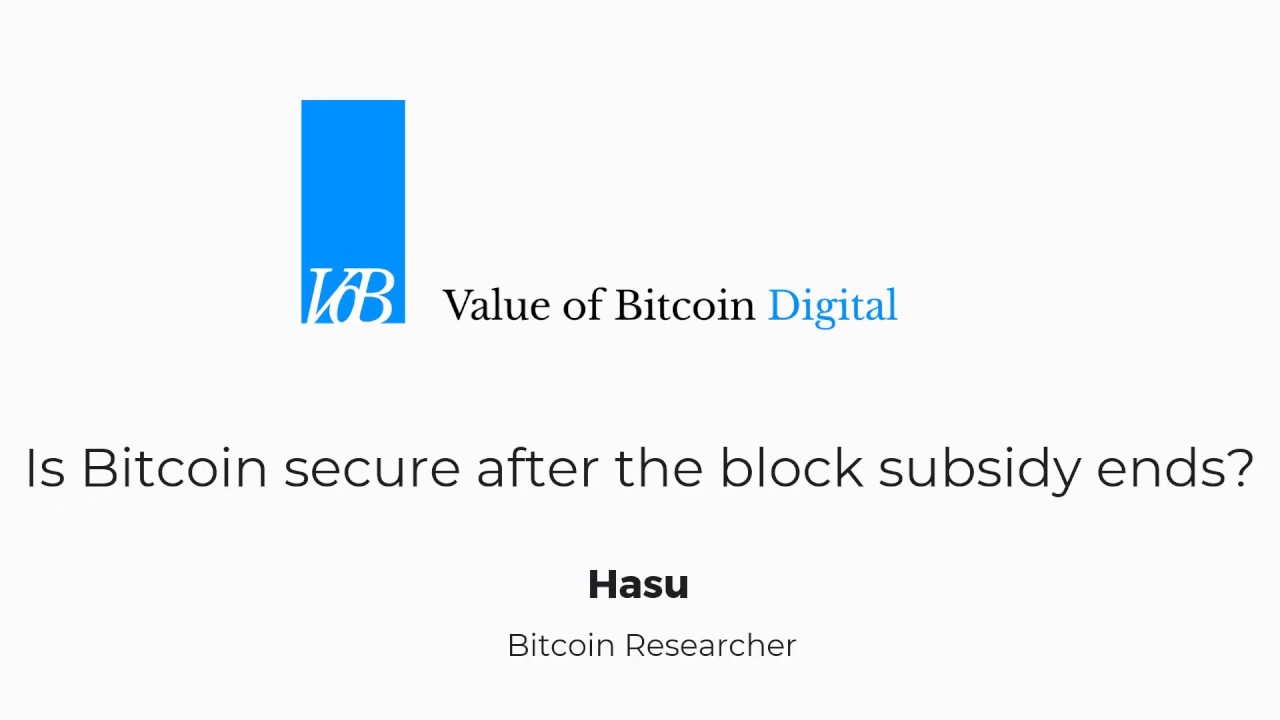 I’m watching this now. It is one of my main concerns for bitcoin. That being said, if ETH ever gets to the point of staking we might get a preview if transaction fees can support the network alone. This ‘preview’ could be a low key attack on bitcoin, but i digress.

My other concern has to do with something else. States and business entities live longer than humans, so the chance of individuals losing their key’s due to untimely death is higher than State’s/Businesses. If you combine that fact with murphy’s law, I think you wind up inevitably having a concentration of bitcoin wealth into business/state entities hands. If enough bitcoin is concentrated into their hands, then they could render bitcoin useless.

This is why I think grin is so important. Not only does grin have a constant emission, but in the case where bitcoin could not be supported by transaction fees alone, then perhaps merge mining bitcoin with grin could be an option. Merge mining bitcoin with grin could also be a solution to the hypothetical problem where a state entity were able to gather enough resources / build enough asics to mess with bitcoin.

I love bitcoin, that is why I love grin.

If enough bitcoin is concentrated into their hands, then they could render bitcoin useless.

Why would they hold bitcoin and make it useless?

You don’t want to spend your bitcoin because it becomes more scarce over time, thus potentially more valuable. At the same time it becomes more useless over time when nobody spends it, therefore it is not used widely therefore not accepted anywhere. And how will miners get paid when the block-reward drains out and no transaction-fees can be earned since nobody is spending bitcoin? There are so many questions around this and so little answers. However I just can’t shake off the feeling that bitcoin is a dead end and grin is not. Or with other words: grins main problems (partly bad user experience) are for sure solvable in the future, bitcoins main problems (monetary policy) may not be solvable at all.

Not everything is so simple the system is built so that it would inflate like a giant bubble and in its huge price show something to people.
For example, the fact that money does not matter and is not supported by anything.

what the video says is nonsense, the price will adjust bitcoin but it will be very large, for 1 bitcoin you can buy a spaceship.

Why would they hold bitcoin and make it useless?

So they could re issue fiat, and bring us back to the current central banking system. Essentially, they would do it to re take power.