Riccardo Spagni Arrested, what does this means for Grin (?)

Sometimes I hate to be right, this is one of those times.

We love that Grin is not controlled by any company, foundation or individual, there are no dev fee, no VCs, nothing of that. That’s great, but what does this mean for Grin’s contributors? It means that governments will go directly after the individuals, instead of attacking an entity. Like they just did to Riccardo Spagni. Monero’s former maintainer and one of the most vocal Tari co-founders, was arrested in the US. It is worth saying that the allegations are unrelated to cryptocurrency.

Spagni was charged in the Western Cape Regional Court, Cape Town for fraud and other charges arising out of these facts. He pleaded not guilty to the charges, and the trial against him was commenced. Evidence was presented against him, but SPAGNI failed to appear in court. South African authorities attempted to locate SPAGNI at his home address and through contacts with his friends and family, but to no avail. Further investigation revealed that SPAGNI had fled South Africa. The trial court issued a warrant for his arrest on April 19, 2021.

According to the Court documents there can be a penalty up to 20 years. In summary we’re talking about Spagni gained the equivalent of roughly $99,000 USD as a result of his “fraudulent activity”.

Maybe Spagni committed those “crimes”, but it is completely irrelevant whether he is guilty or not. Usually these kind of things are resolved by paying the money back plus penalty fees and expenses, if they actually find the person guilty. What is happening here is that they are doing what they are used to do: showing off their power to intimidate and discredit everyone who dares to defy their domains.

Grin won’t be exempt of this. If we gain some traction, the life of Grin’s contributors could be at risk probably. I don’t know the future for sure, but history is a cycle, they will play the same strategy over and over again because it works.

Maybe it is better for all contributors to start thinking how will they protect themselves and their families in case Grin succeeds.

I used to think about the result of popular developer for an anonymous coin.
That’s why some other privacy coins like Beam or Zcash make themselves to become a company or foundation under the law/government.
For Grin, I suggest developers to keep low profile as much as possible.

From a political view ,it was a ultimate ,intimitading move to suppress people using privacy coins rather than CBDC ,that shows regulators cornered and weak about this.

i dont think it will be a huge issue becuz if you make such moves =( telecom companies tried to ban internet at 90’s) capital and brain talents fill fly away to other countries.
Becuz there is no consensus between big countries about this, Usa trying to preserve digital usd, uk and france trying to maintain their colonial tax from undeveloped nations with the help of sterlin and franc, exporting countries such as Germany, Japan supporter of free trade and cryptocurrency (thats why Germans passed law about pension funds allocating in crypto lately), oil exporting countries Russia,arabics huge supporter despite media fud and China is the biggest exporter is the real adoption driver of infact in all crypto mining ,exchanges etc, u see Grin exchanges and ipollo is Chinese oriented. Usa pouring billions of $ to mining becuz they want to stay in game and profit is sweet.

Beam,zcash company profile is not an option, when you go this road, it is not a cryptocurrency anymore but another firm in the palm of politicians funded from banks.

İmagine Bitcoin early days, Bitcoin devs were in a more complicated position ,nor media neither people were aware of Bitcoin,it was very easy at these days to suppress them. They chosen fluffypony becuz guy was a perfect target,who likes to show his million dollar watches, using jet flying to Davos and became the poster child of Monero. Most people thinks he done everythng about monero, which isnt true.
ignotus and satoshi is the way.Keep low profile and humble. 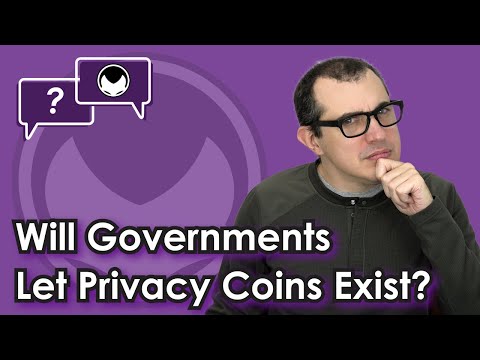 Grin needs more developers with code access, and spread all over the world in more countries

This sounds like a load of paranoid, conspiracy-theory rubbish. The proceedings against this guy date back to 2011 and relate to plain old-fashioned fraud. Because someone is involved in crypto, are they incapable of being dishonest??!

This sounds like a load of paranoid, conspiracy-theory rubbish. The proceedings against this guy date back to 2011 and relate to plain old-fashioned fraud.

In other words, it is part of the recent FUD campaign, using old information.
I will give it a FUD award

Note: Not saying there is no danger, just that specific case and the timing is used to create FUD.

the measures taken against him are disproportionate to the deed he did.

if he was someone else, I’m sure they wouldn’t arrest him that way, I’m sure he’ll only be left with damages and a fine. and there was no mention of 20 years in prison

According to the Court documents there can be a penalty up to 20 years. In summary we’re talking about Spagni gained the equivalent of roughly $99,000 USD as a result of his “fraudulent activity”.

I am sure Humanity can wait forever for the proposal that tax invaders who gained $ 99000 USD by tax fraud should face up to 20 years prison like it’s being done here for “fraudulent activity”.

These excessive threats of penalties drove Aaron Schwartz into suicide, I guess the law enforcement agencies just still don’t give a fuck

I’m curious how Grin would react to current developers if any three-letter agency asked them to withdraw or give them access. Plans should be made for this eventuality, I’m sure it will come. The Grin position must now be established in relation to the requirements of the regulations.

it seems that the other “privacy”, Beam, Zcash, Dash, have already bowed their heads, the position of Monero is not yet known

Stay strong Ric, don’t let those assholes get to you

Good article from bitcoin core lead maintainer from 7 months ago. Good commentary and ideas on the topic

Recent events have made me reflect on a few things in my life I was already thinking about for a while. Also, responses on social media have made me realize that people have strange expectations from me, and what my role in the Bitcoin Core project...