BTC is a trash project long overdue to crash for good 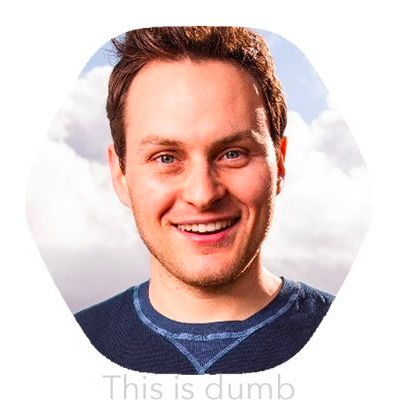 @liron
Jamie Dimon is right. Bitcoin won't stop at 21 million coins. Mining pools have the incentive and the leverage to reward themselves by printing coins when transaction fees don't suffice. https://t.co/Z0RQjYL5md

I predict at some point the rules will be changed and more than 21 Million BTC will be created because of the OBVIOUS security concerns due to the hard cap.

It’s a trash project that will change fundamental rules just like that because it will need these changes.
Don’t waste your time on BTC. It has substantial Design flaws that cannot be fixed.

Mine grin and use it. Don’t expect becoming rich and you should be fine.

And there was awareness and discussion of the problem since 2011 or earlier, maybe since inception.

I was very wrong about how long everybody and the world could ignore or deny it though.

I don’t know what’s the right thing to do or what will happen but Liron is clearly wrong, miners can’t just do that, nobody would follow them

I like Bitcoin, I hope it doesn’t fail. I’m not sure Bitcoin and Grin actually compete tbh, I think there’s value in having both an open and a blinded amount ledger variant.

Bitcoin doesnt in theory have a cap, if it can be mined until 2140 etc.

If you say scarcity wont offset fees and less security ,weaken mining ecosystem, that is another theory. But without Bitcoin, Grin has no meaning to exist imo. I agree with phyro, they complete each other with open ledger and one is private.

The security problem is/will become real, however, I think this is just another ‘Bitcoin is dead’ excuse at the moment.
I would be interested both in the original as well as a hard fork with a small tail emission. My guess is though that Bitcoin will stay true to its principals of being predictable with a finite supply since that would be best for the overall crypto space as well as for the value of Bitcoin.

I see Bitcoin as Digital Gold, and Grin as Digital Cash. I hope both projects will flourish and that at some point we have a good Coin Swap so we can hold our value in Bitcoin and spend our cash as Grin without any dependencies on centralised exchanges.

So true. Let me rephrase, I see Bitcoin as a great store of value, better than gold or Grin (at least for the coming years). On the long run Grin will in addition to being digital cash also become a good store of value.

If Bitcoin will remain a good store of value when security weakens, only time can tell. I hope some solutions will be found. For the coming few halvings, waiting for a larger number of blocks before seeing a transaction as confirmed/final should already be sufficient to be certain a transaction will not be reverted.

There is an academic paper on this topic:
On the Instability of Bitcoin Without the Block Reward

I always thought that this was one of the reasons that incentivized the creation of Lightning Network.

When the fee market starts up and they really start charging super high prices, consumers will already be on Lightning and thus immunized to it.

So I did my math.
Daily lightening transactions around 600.000, average value around 0.005 BTC, asuming 2% average fee for opening and closing channels, equals 60 BTC daily could be paid for security
Current security fee for bitcoin is 900BTC. So around 15 X growth is needed. Not impossible, but not easy to achieve either. Also this would bring fees up for Lightening transactions, e.g. 2% for security on Layer 1, + the percentage you pay for layer2 transactions (2-5%) is around 4-7% fees for a transaction, not so cheap.

The hard cap at 21 million enforces deflation on Bitcoins, just like the passing of Picasso cuts off new supply of his artwork. Whoever Satoshi Nakamoto is, he’s not an economist. Bitcoin encourages hoarding and not trading, just like Picasso artwork.

With best respect when I try to verify this, I get a different result. For me this sounds like 6 is far more prime then 36. I can not approve that it is true.

With best respect when I try to verify this, I get a different result. For me this sounds like 6 is far more prime then 36. I can not approve that it is true.

The point was that Bitcoin is far more different from gold than grin since the emission is approaching zero, meaning the stock to flow is going towards infinite. So, many call Bitcoin digital gold, not true, although being a good store of value if security can be maintained.
Gold has a historic stock to flow of around 70, quite stable. Meaning an inflation of around 1.4%. Grin is going long term towards a scenario where the loss ratio will approach the emission rate.
But you are right it is comparing apples and pears since we should also consider how Grin is at the moment, and at the moment we have a stock to flow of 4, so 25% inflation. That is very much not like gold. Grin is Grin.

it is comparing apples and pears

Agreed. There are so many fundamental differences that it becomes wired to focus on an assumed similarity. First of all Gold has no Gold emission. There is a finite amount of gold on this planet that could become extracted. First I wanted to say that the difficulty of extracting gold doesn’t become easier again if gold mining would stop for a few thousand years, but I’m not completely sure…

But an other guess on BTC. If for BTC the low coinbase reward becomes a problem that fundamentals “need” to change. I would prefer an other change. I would take the block reward from the oldest unspent output. The oldest outputs have high probability to be lost coins. And if not, that is an incentive to spend them and prove that they are live and compete by paying fees. That would also solve the problem of unknown loss rate.

Will linear emission change grin into a SOV like bitcoin?

I would take the block reward from the oldest unspent output. The oldest outputs have high probability to be lost coins

that doesn’t work well since the owner could be in a coma.

Ok, since this is Rants and Flames. If you put to much gold on one tectonic plate it will sink. The upper limit of gold on this planet could be measured by blue-shift of sunlight. The owner in coma

I actually lol’d at this